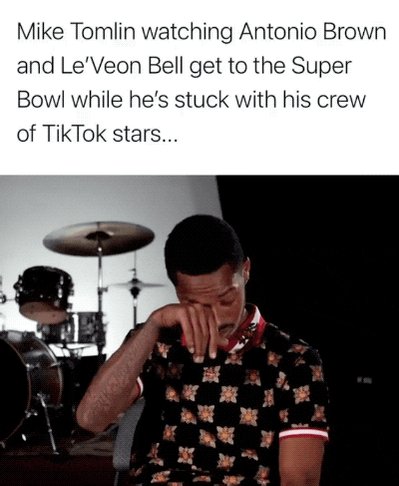 @internetthuggin @ok78588463 @jasonrmcintyre If you think Ben has any kind of stroke with the #Steelers you obviously don't follow the organization. They fired Bruce Arians for fucksakes and higher Todd Haley to keep Ben "in line". That's when they stopped winning Super Bowls.

Would Yinz be happy with taking an OT in rounds 1 and 2 in the 2021 NFL Draft? #Steelers

@jasonrmcintyre Ben had two Super Bowl rings without those two egotistical maniacs. At the end of the day he still will. Not like they're contributing much. No idea what that has to do with Ben... Bernie Kosar has a ring, was Dan Marino kicking rocks? #STEELERS

What does the Supreme Court and the head coach of the Pittsburg Steelers have in common? Apparently it’s a job for life! No matter how much you suck! #nfl #steelers #tomlin #Pittsburgh #SteelerNation #SteelersNation

if tj watt didn’t attend the exit interview, can you really blame him? he worked his ass off for a DPOY and came up flat in the postseason. if mark madden made this up he just looks like a bigger jagoff than what he already was. either way i’ll ride or die with tj #steelers 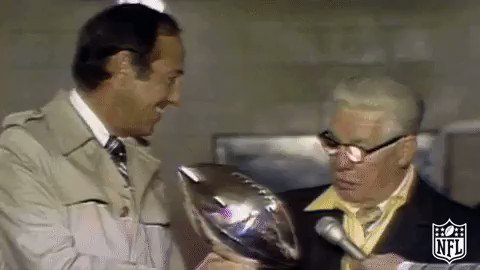 Flashback to great times and The Chief #Steelers

Hopefully Canada doesn’t have the 2 yard slant on 3rd & 10 in the playbook. #Steelers

#Steelers would be fun but I’m going with #Broncos and I’ll be highlighting why in an article I’m working on.

Diontae Johnson is happy about the Matt Canada promotion. #Steelers 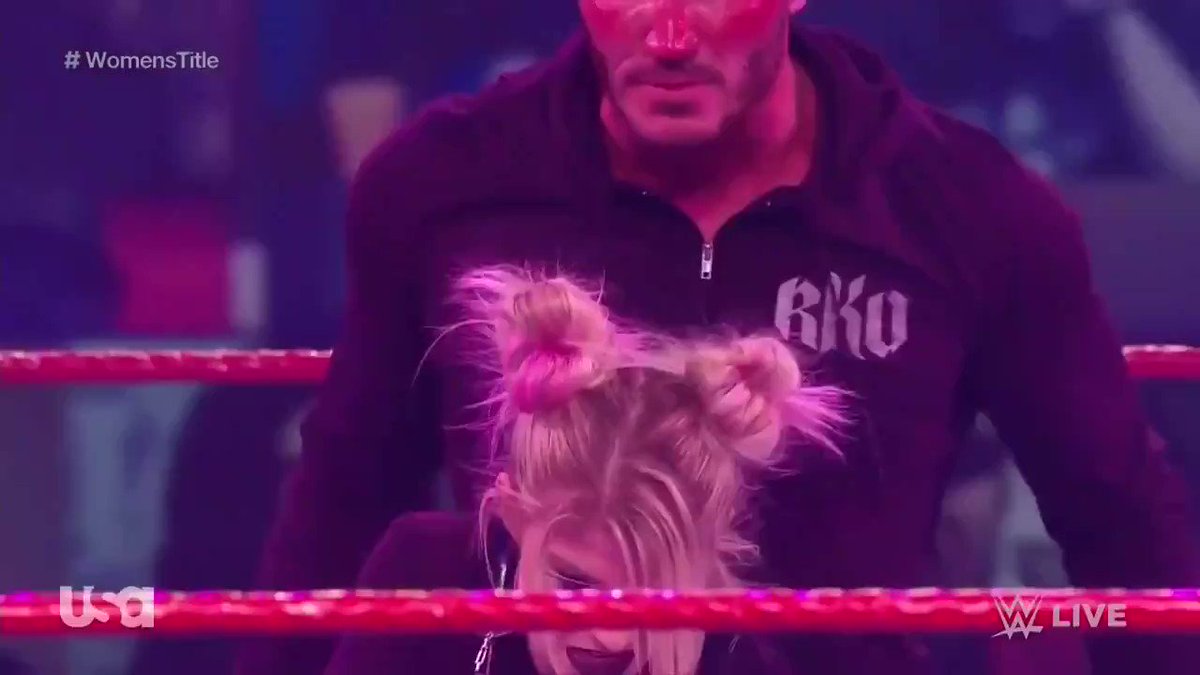 All of Yinz to Mark Madden tonight. #Steelers

With the job that Pep Hamilton did with rookie Justin Herbert in 2020, not a bad guy to bring in as QB coach and especially with Haskins in the room now and likely another young rookie QB in 2022 as well. #Steelers

If the Pep interview was still forthcoming this week & did not happen earlier today, I would say there's a decent chance that he still gets the QB coach job if he doesn't get the Titans OC job. Guessing #Steelers will get both QB coach & oline coach spots filled by end of week.

It’s been reported Canada won’t do both. #Steelers

@RenegadeBlitz I hope they can’t let Canada do both

Steelers should bring in Pep Hamilton for the QB Coach. #Steelers

I still don't understand how promoting a guy who's only been on staff for one year represents no change to #Steelers fans.
You'd think that they promoted a long tenured guy who announced that he was going to keep the same offense in place.
This guy won't be.

Matt Canada did have a non disclosure settlement at LSU for $1.7 million. #Steelers

Matt Canada on Coach O at LSU: “I respected Coach O’s decision to handle it like he did, He didn’t feel that it was best for his program for me to be the playcaller. I learned a tremendous amount from Coach O.” #Steelers

Former Pittsburgh #Steelers WR Martavis Bryant has signed with the Toronto #Argonauts. Between '14 and '18 Bryant had 145 catches for 2,183 yards and 17 touchdowns

@BFlocka5 Of course she is #Steelers lmbo!!! How was the restaurant

Still say the Steelers should have brought someone from the outside for the Offensive Coordinator position. #Steelers

Looks like James Campen is also out with the Chargers now as his link id dead on team site. Would potentially fit as new Steelers o-line coach candidate as well. #Steelers

This concerns us, but it’s in the past. We’re going to give Matt Canada a shot in Pittsburgh. #Steelers

Even if TJ Watt did skip his interview... WHO CARES? @MarkMaddenX ....loves to see his own name in the news stream and make something out of nothing. There isn’t anyone who exemplifies what it means to be a PRO, more than @_TJWatt

This is what a loser looks like 🤣😂 #tjwatt #steelers

This freaking situation is about the dumbest I’ve seen since writing about the #Steelers. I will address this more on a podcast soon...

Teams that will go on the decline in 2021: #Saints #Steelers #Texans #Lions #Eagles

Knew Dunlap would love the TJ Watt reply. Mark Madden and him go at it from time to time. 😂 #Steelers 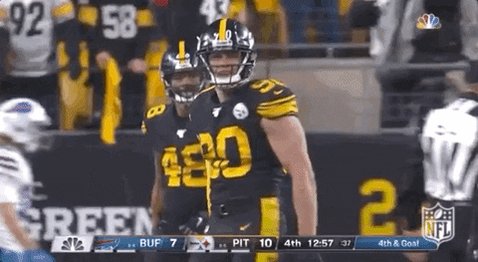 @MarkMaddenX is a two ton tub of anti-Pittsburgh dookie. We ride with @_TJWatt , not that slobby Jagoff! #Steelers

Mark Madden claims TJ Watt wasn't at his exit interview "per source", TJ Watt rips Madden saying he was there. Is there really anyone who is going to believe Madden? #Steelers #NFL

@MarkMaddenX is a fucking clown! #SteelerNation does not stand with you.... In any way. #steelers

Not what I hear. I absolutely stand by my report.

Would love to hear who Mark’s sources are. They certainly can’t be myself, Coach T, Kevin Colbert or Coach Butler. All of whom I met with during exit interviews, prior to packing my own things after a hard fought season trying to give everything I have for the city of Pittsburgh. 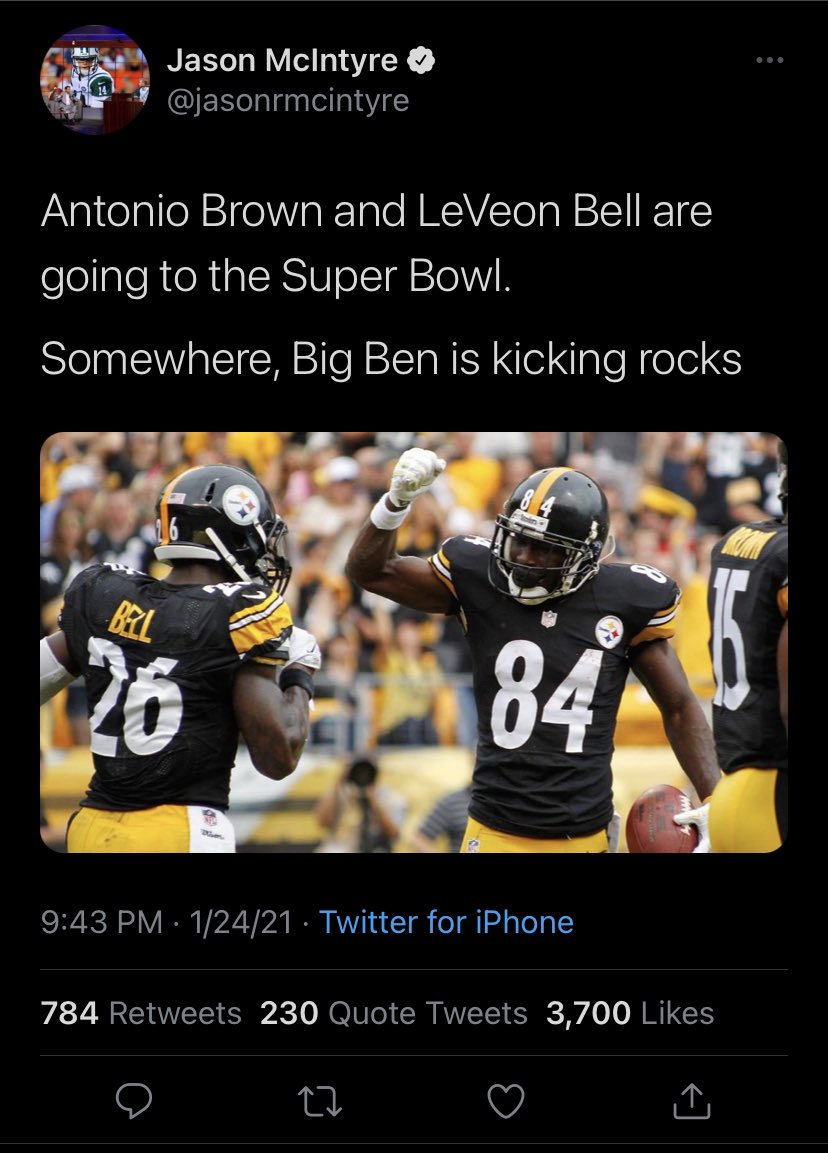 Pretty weird that mainstream media does stuff like this. Feels like a portion of Steelers fans don’t even care about Bell/Brown anymore.

Bell has 2 carries and Brown has 3 catches in the entire postseason. Their teams didn’t need them to get to the dance. They’re just depth. 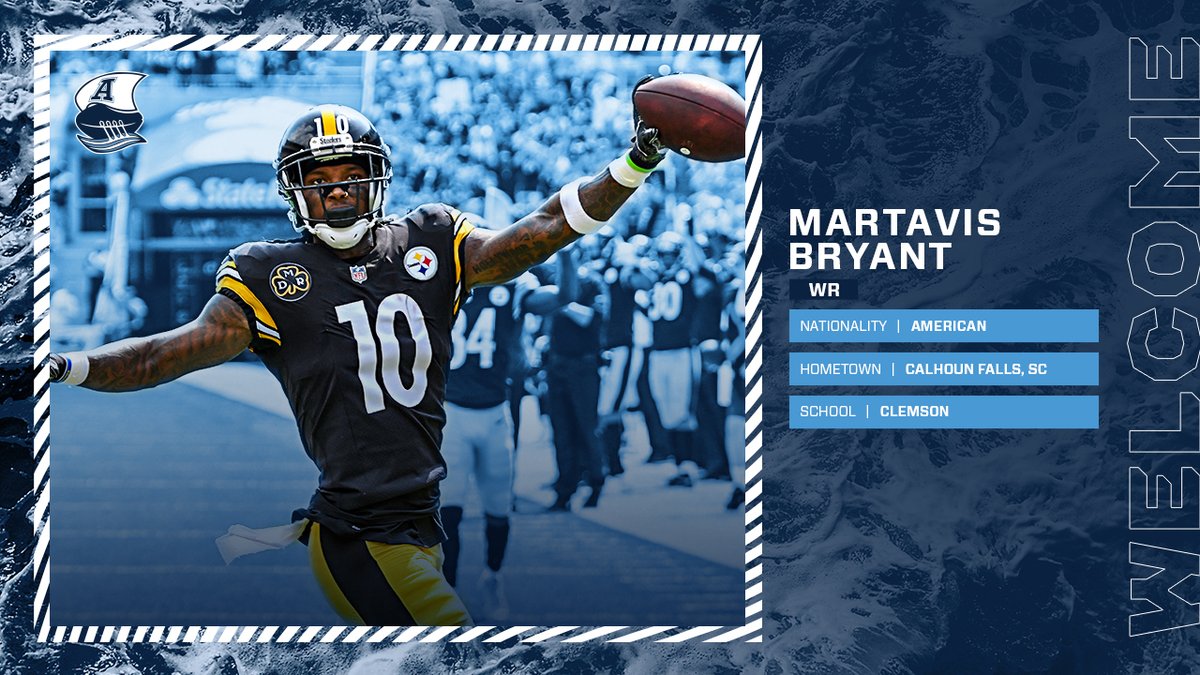 Martavis Bryant is an Argonaut

Assuming no changes because a guy who's been on the offensive staff for one year becomes OC might be the most short sighted of #Steelers fan takes I've seen on the bird app.
Ask yourself, is it possible the reason he's been asked to do it is to incorporate MORE of his ideas?