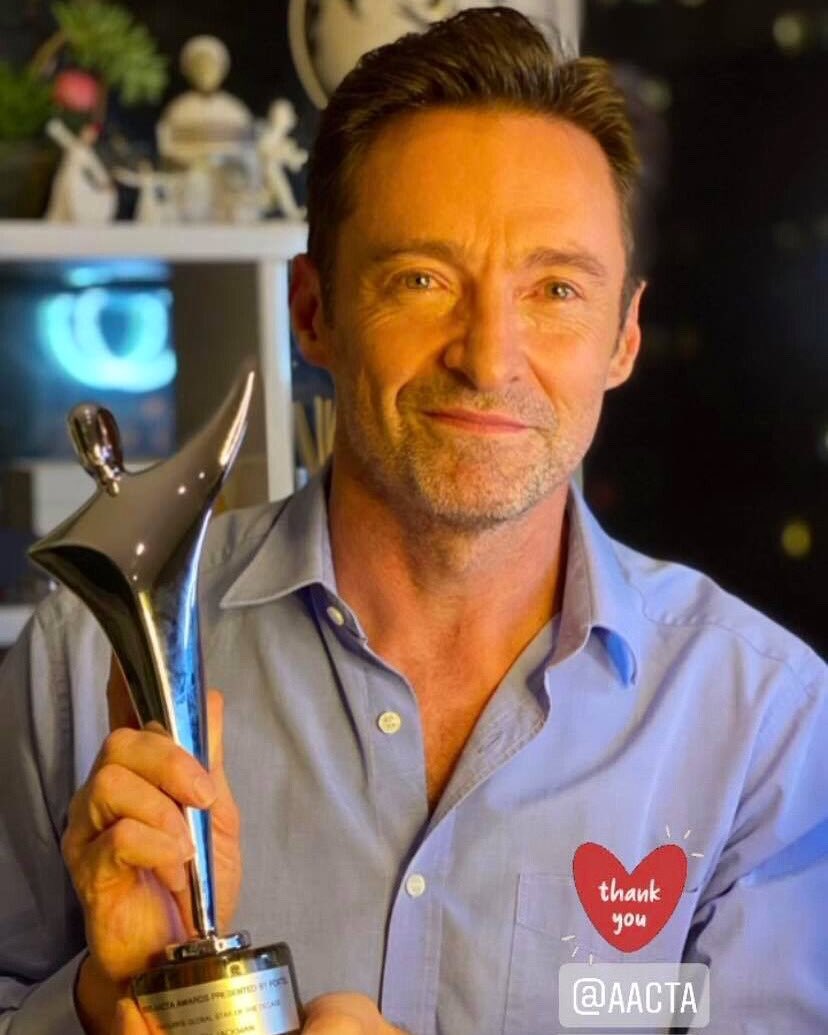 Talk about keeping up with the festive spirit... Watch some of the world's best content and creators for FREE at @AACTA #ScreenFest! #AACTAs new, free-to-stream festival with 40+ events! While entirely free, bookings are essential via 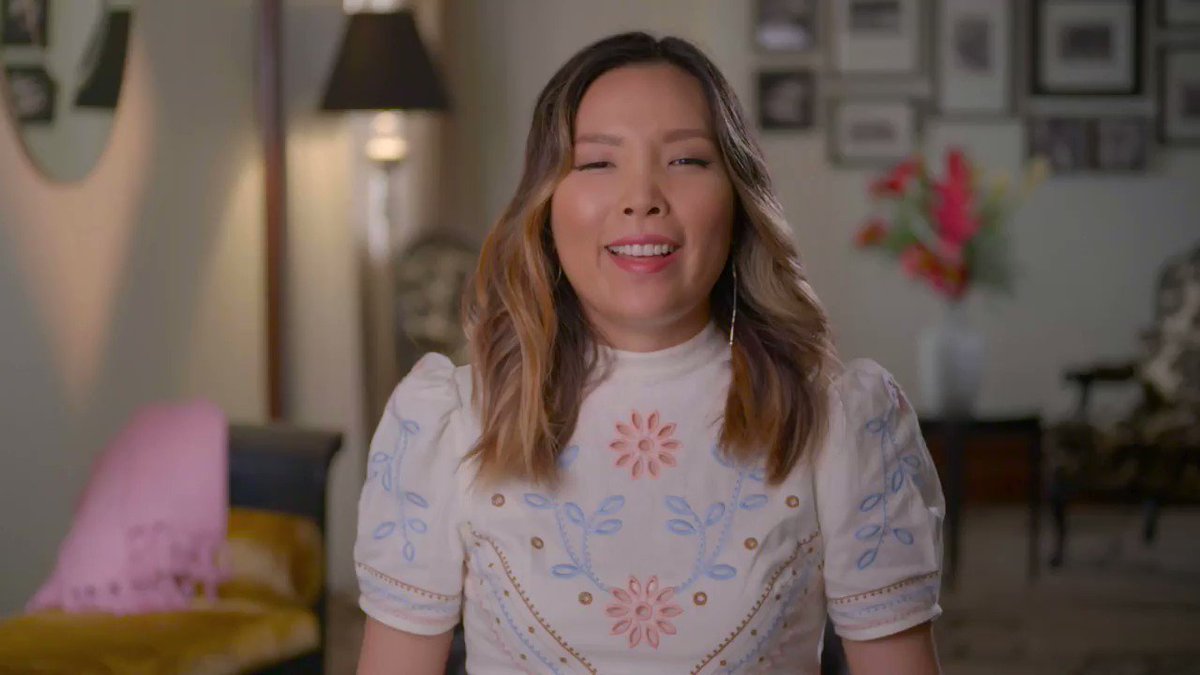 Celebrating a decade of Australian screen talent at the 2020 #AACTAs.

•Nominated for 26 Logies!
•Winner of 8 (all for Asher Keddie - Best/Most Outstanding Actress), including Gold 🏆 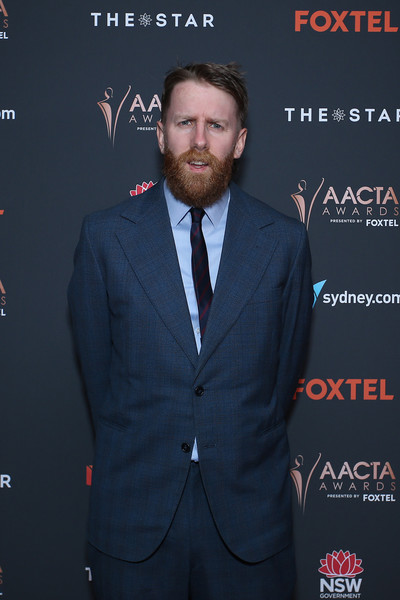 Here's a photo from the red carpet at the #AACTAs up in Sydney this week. Photo by Getty, outfit by my Grandad and Target... 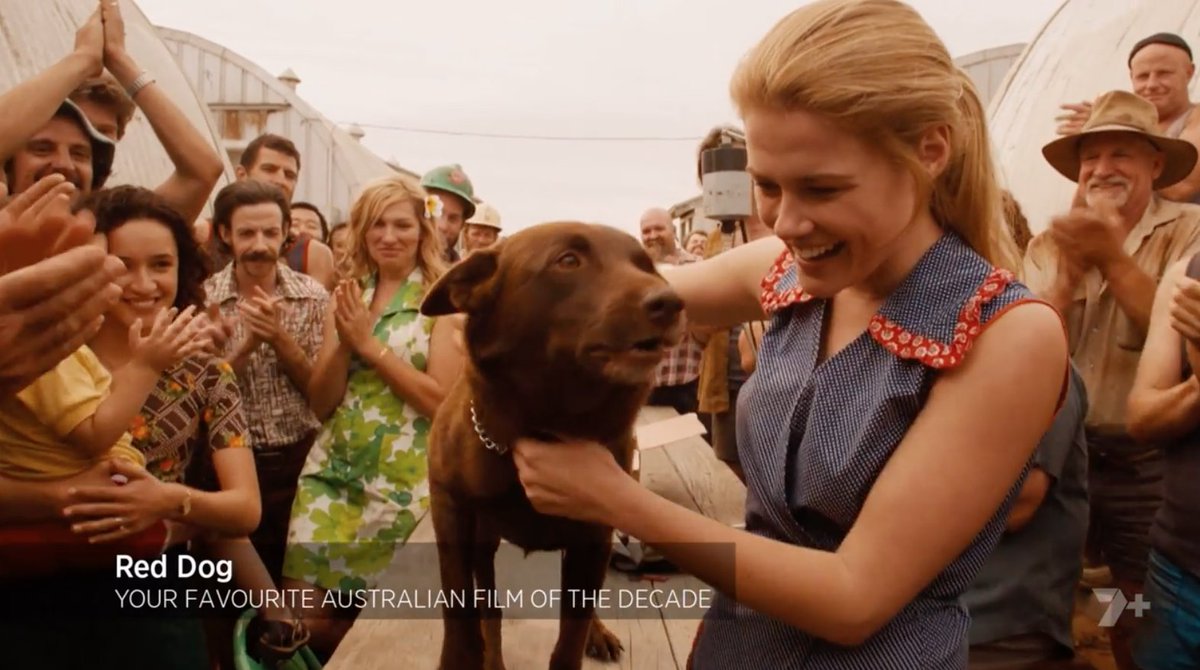 #AACTAs Audience Choice Award winners REVEALED, as voted by you!

Watching the #AACTAs on Channel 7 & I'm just thinking... How the hell did people actually think Babadook was scary?

#AACTAs Best of the Decade: Australia is NOW on @Channel7 📺

>SPECIAL | 2020. A look back at all our favourite film, TV shows and online content of the last decade, including the winners of the Audience Choice Awards for your favourite film & TV stars. Hosted by Shane Jacobson🏆 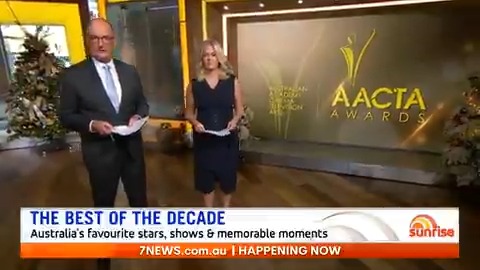 sunriseon7: Tonight, @Channel7 is celebrating the 10th anniversary of the #AACTAs with a countdown of the best on-screen moments of the decade 🎬 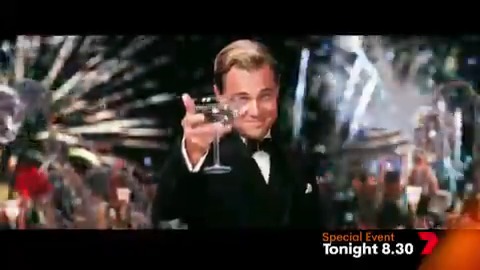 Get ready for a night of Australia's best in TV and film! 🎬✨

If this year been the hardest - which has been the best? Tonight - a look at the best (and worst!) of the last decade in Australian film and TV. Great fun taking part, thanks AACTA! Tonight @ 8.30pm on Seven #AACTAs @aacta #TV #Newslife #7NEWS

So excited to celebrate 10 years of Aussie TV and film tonight on Seven
at 8:30pm - This was fun to be a part of. Check it out

Moore Australia (VIC) is extremely proud to have delivered governance and risk oversight of the voting process for the 2020 @AACTA Awards, led by Governance and Risk Advisory Director, Kylie Maher and her team.

@stacey_beaver 💯 agree with all of this! #Upright #AACTAS
-Mac

👏Congratulations to all the Victorian creatives, crew and cast recognised at the 2020 #AACTAs!

Tonight, @Channel7 is celebrating the 10th anniversary of the #AACTAs with a countdown of the best on-screen moments of the decade 🎬 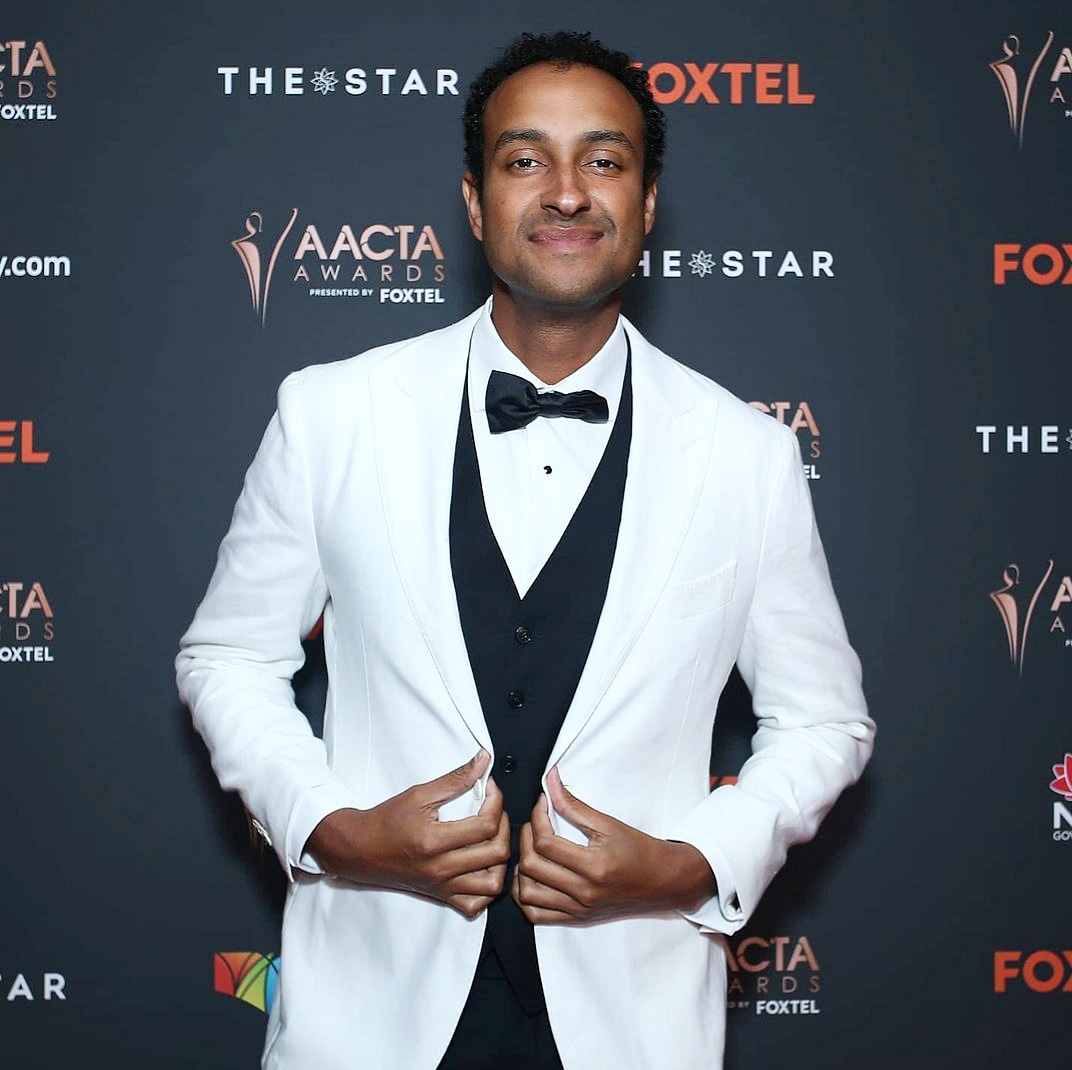 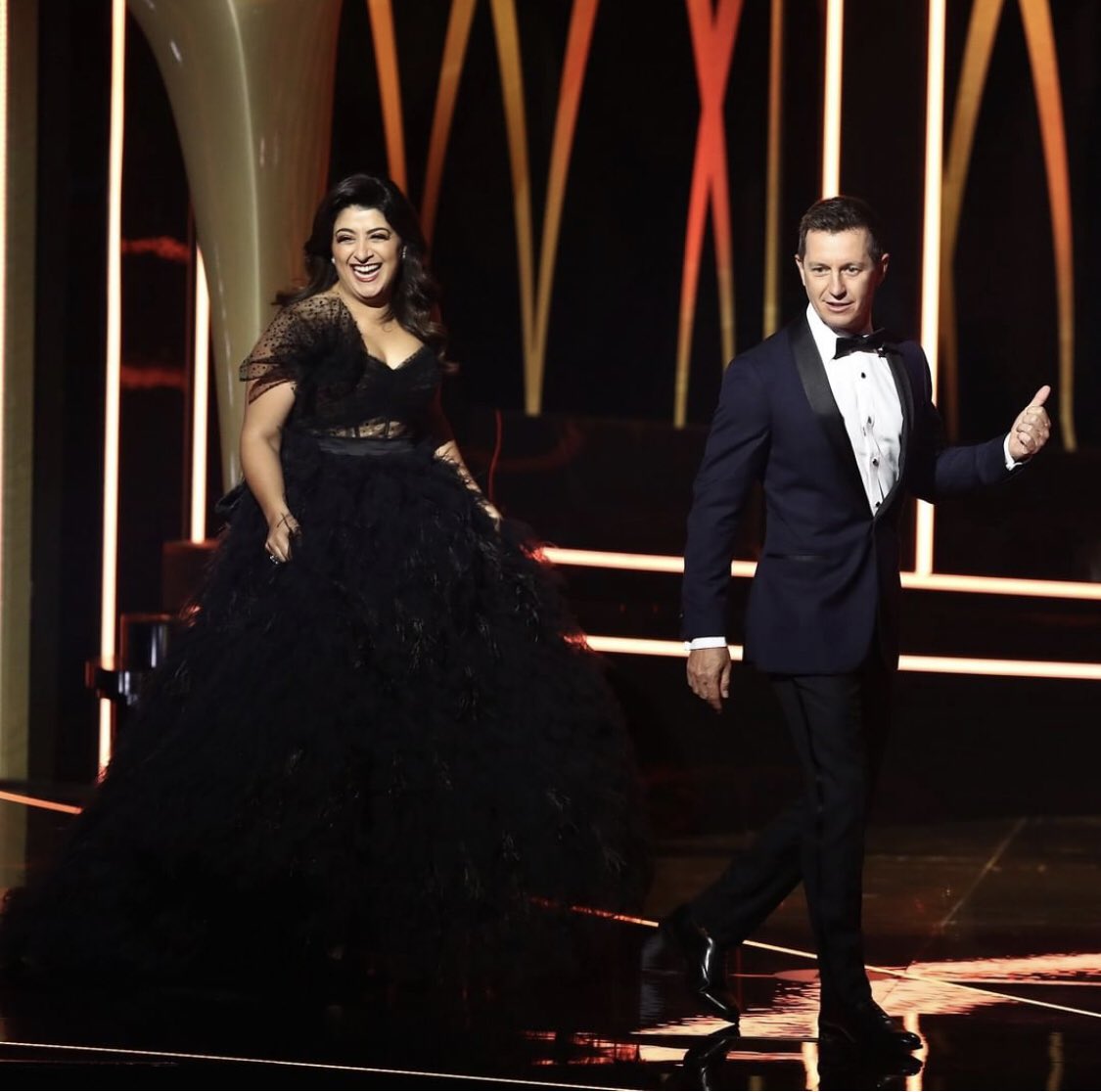 Thanks @AACTA for having me. It was a pleasure and honour to be part of the hosting team for this year’s awards with the amazing Susie Youssef. And congratulations to @TasmaWalton and Mystery Road for their Best Drama win 👏🏻👏🏻👏🏻 #aactas #aactaawards @nonstoptom @ABCTV Shame though not everyone was invited to attend the #AACTAs due to Covid. Was really hoping to catch-up with people. #AACTAawards 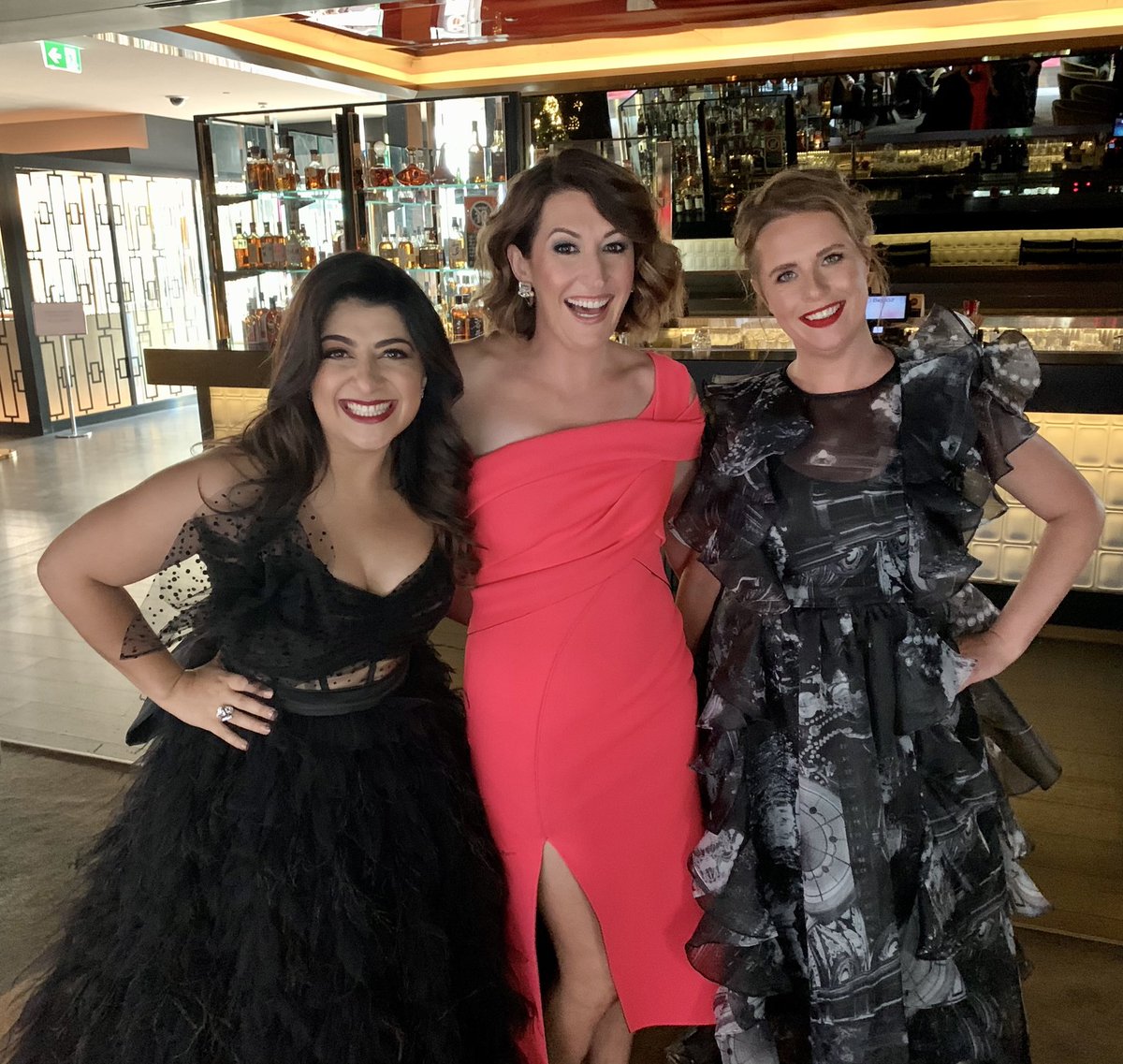 Is it fair that these three are super funny, super smart and super hot? No. It is not fair. Hashtag comedy babes. ⁦@SusieYoussef⁩ ⁦@CeliaPacquola⁩ ⁦@anneedmonds1⁩ #AACTAs

@sarahsarah6777 So true! I loved it so much more than I thought I was going to! #Upright #AACTAS
-Mac

@rosso63 I watched it when it first came out and loved it, think I might need to give it a second watch now!
-Mac #Upright #AACTAS 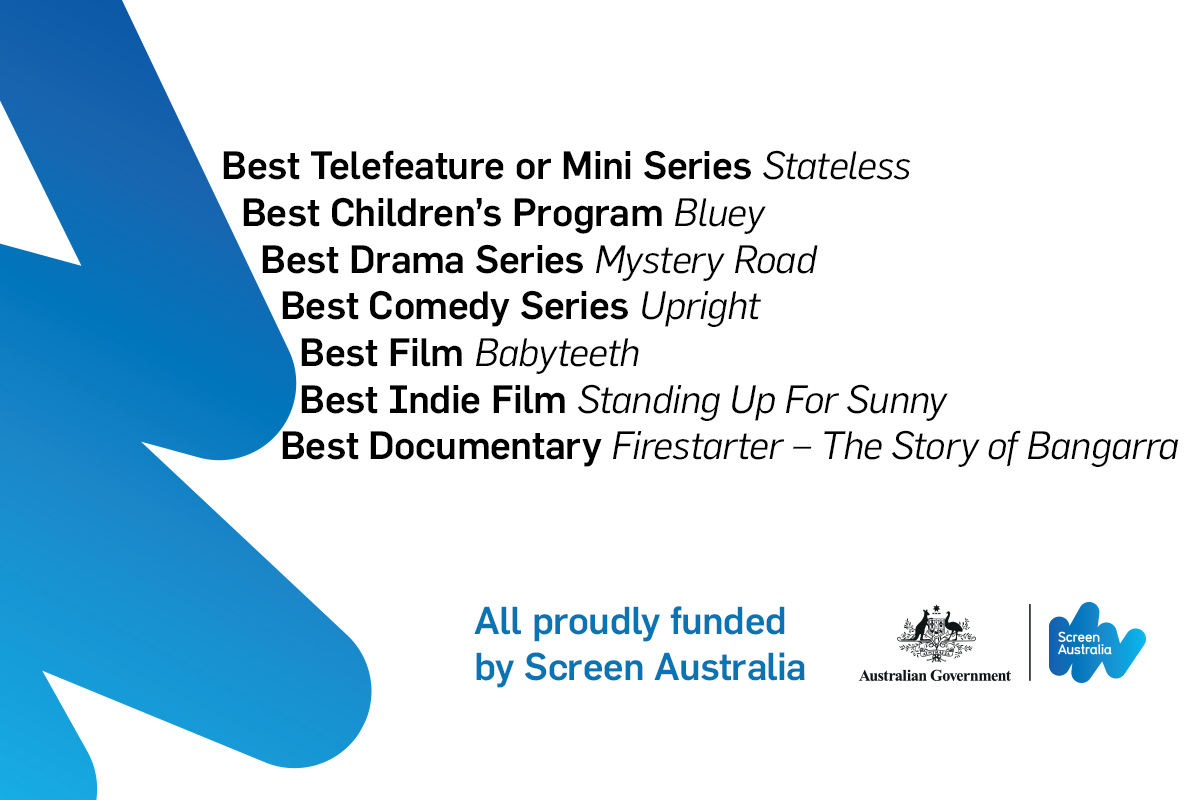 Screen Australia congratulates all the cast, crew and creative teams whose work was celebrated and recognised at this year’s #AACTAs 🎉

It was a good night for Shannon Murphy's BABYTEETH at the 2020 AACTA AWARDS. The acclaimed little Aussie gem has walked away with nine awards including Best Film. Check out the full list of winners at @Filmotomy! #AACTAs 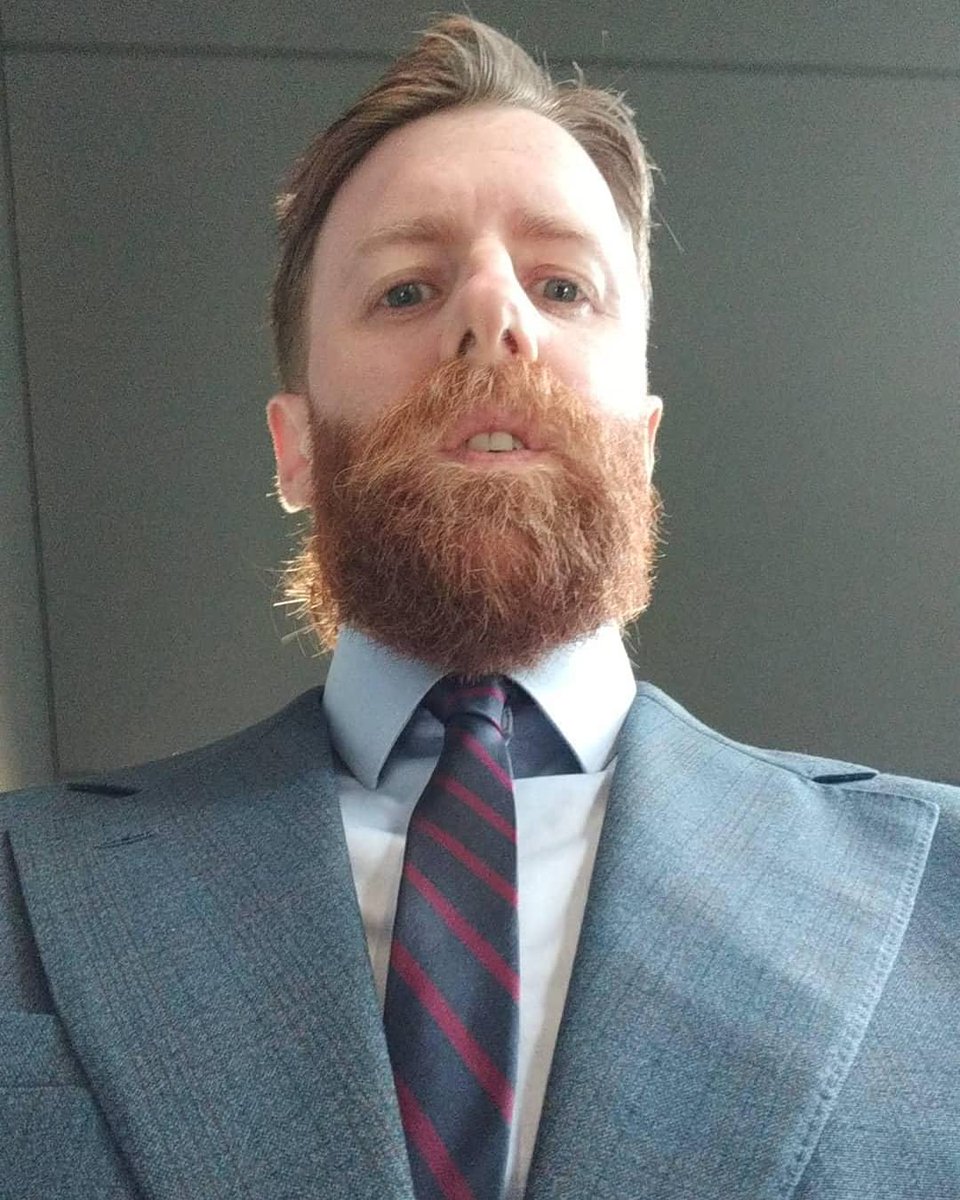 Flew up to Sydney for the #AACTAs last night cause our @dogoonpod web series was nominated for an award! The expression on my face demonstrates how comfortable I felt amongst the tv industry's a-listers 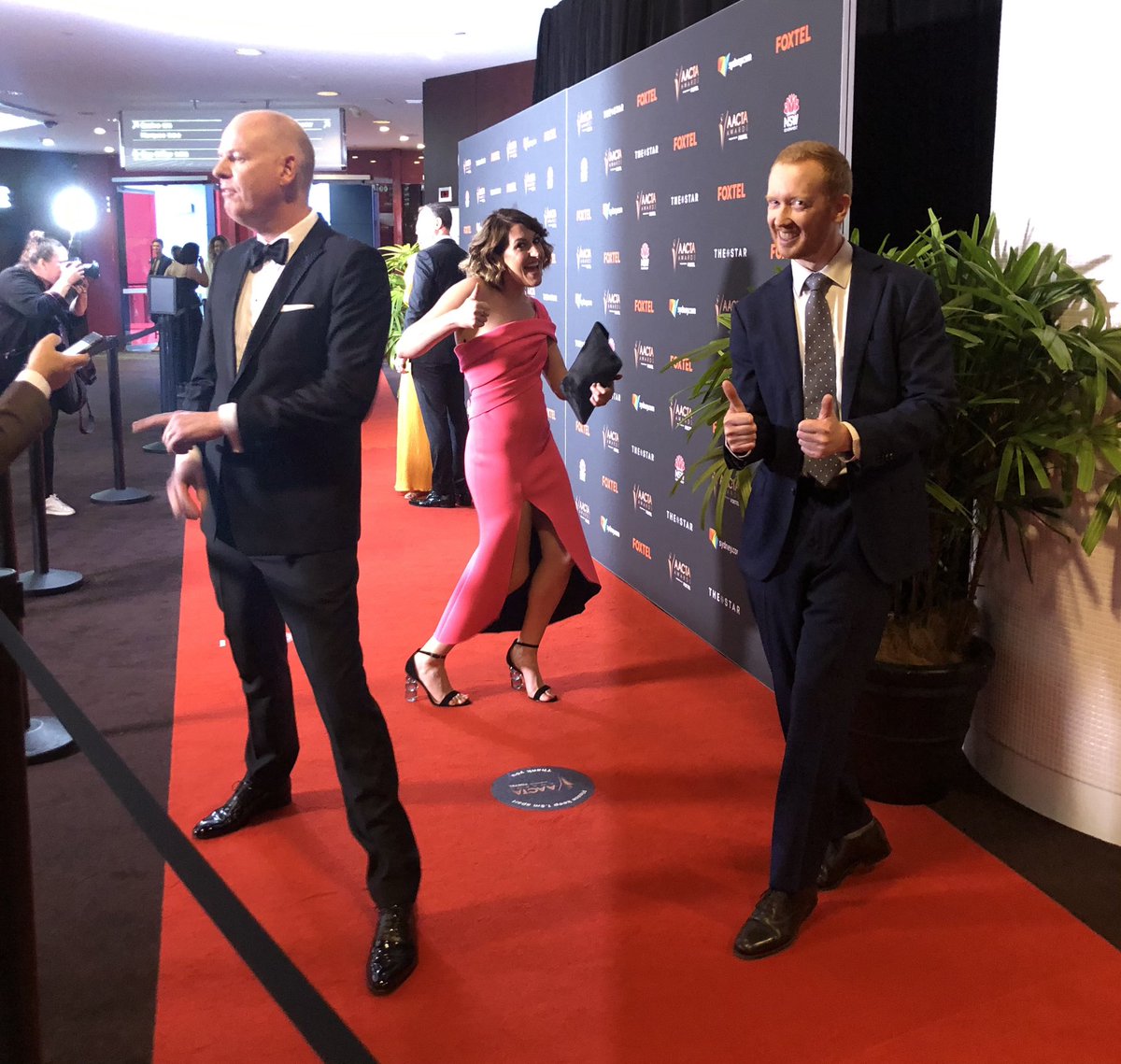 Melissa Leong, Tegan Martin and Shaynna Blaze: See all the celebrities at the 2020 #AACTAs 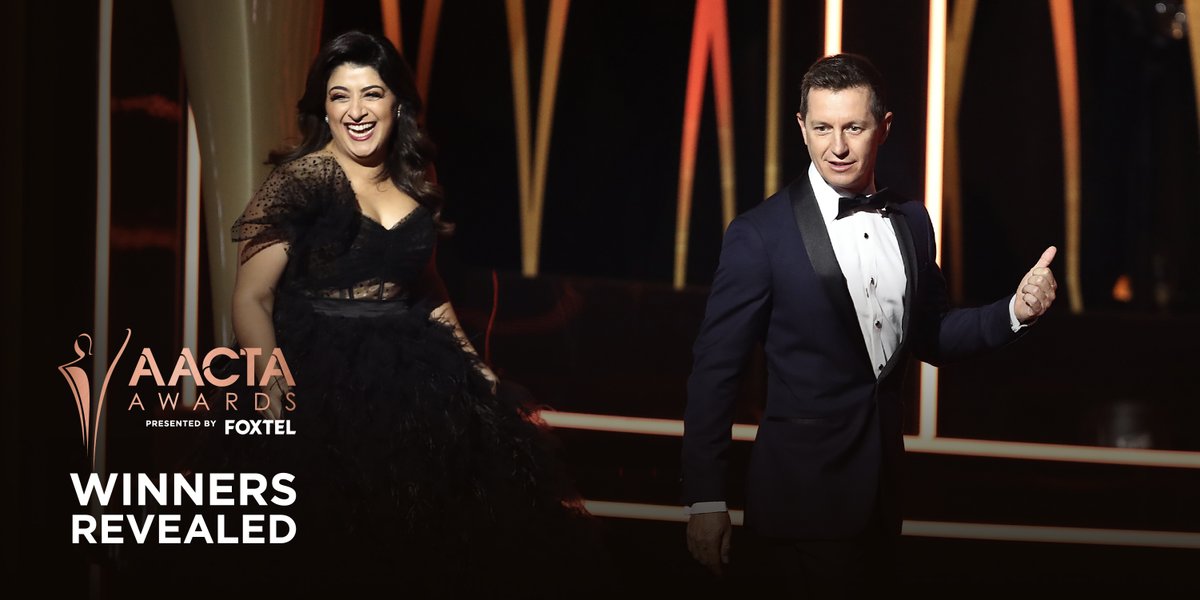 Congratulating all the winners who received their #AACTA Awards in Sydney today. For a full list of winners, see the link here: 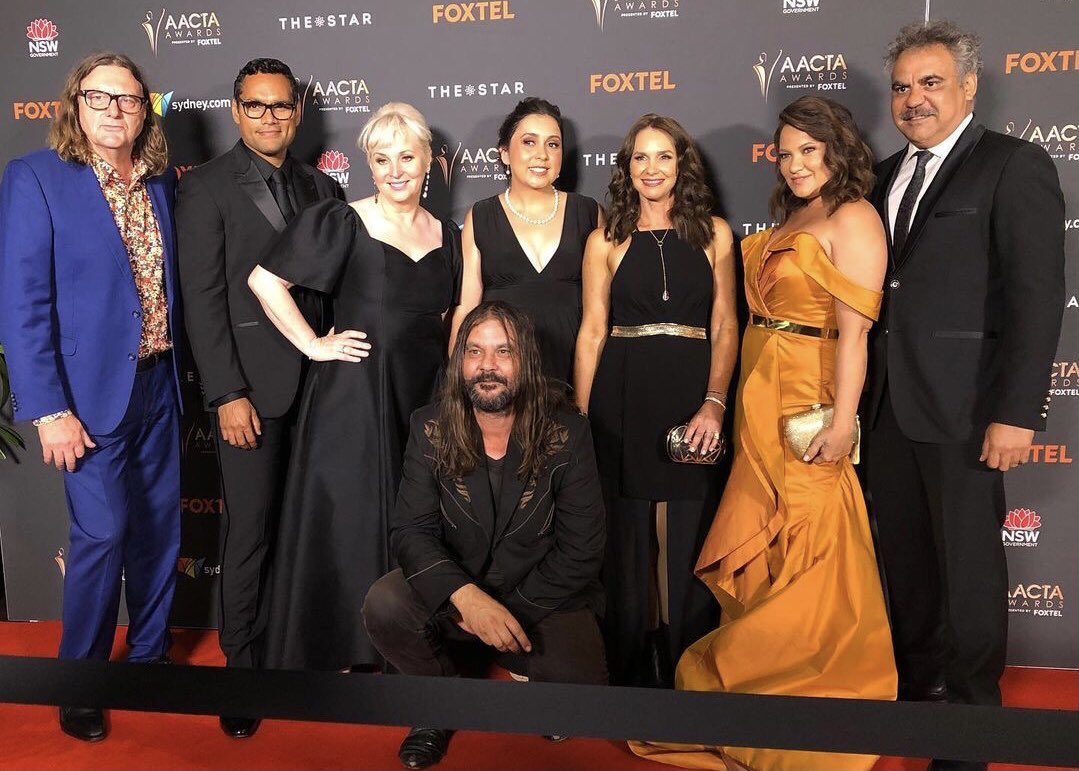 Congratulations to the team at @BunyaProduction, taking home the AACTA Award for Best Drama in the Television category for Mystery Road, season 2 🖤💛❤️ 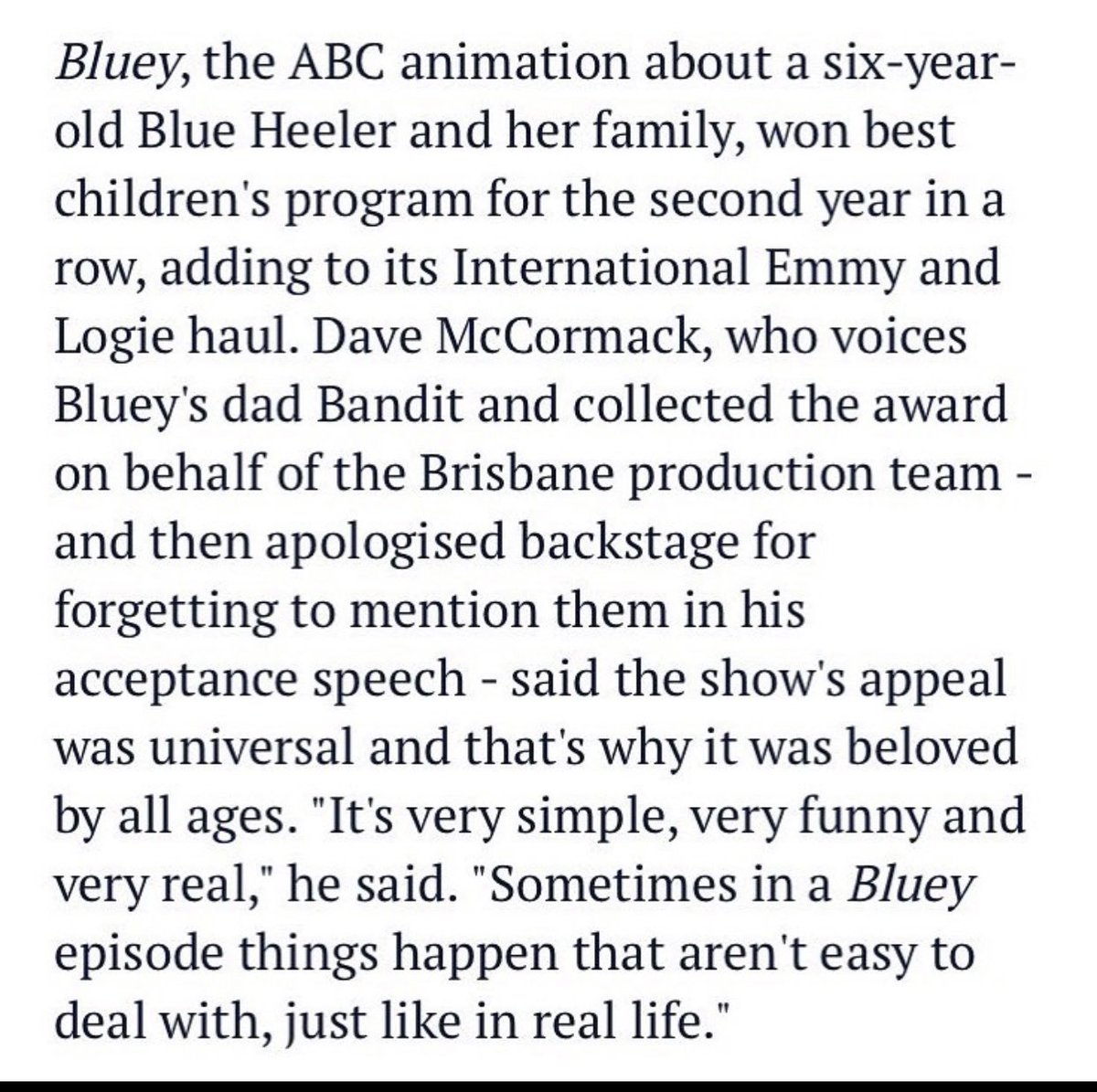