Just cycling through some YouTube videos of Charlton Warren. If you want to get a sense of what type of coach Warren is, this mic'd up from North Carolina gives you an idea. Definitely has a presence.

Floyd was being recruited by Warren when he was at Georgia. #iufb #LEO

What's interesting about Charlton Warren, he may be 44, but he's a fast-riser as a coach. Remember, he spent a decade in the Air Force before becoming a coach.

At this Florida intro, he talked about "blowing things up." He was talking about drones. #iufb

My one word for 2021 is Consistency. I want to be better and more consistent in every aspect of my life. @CoachAllenIU “Success isn’t always about greatness. It’s about consistency. Consistent hard work leads to success. Greatness will come.” - Dwayne “The Rock” Johnson

Yikes. Not good for Scott Frost or Nebraska. #iufb

One last bit: $700,000 in total pay would've made Warren the eighth highest-paid defensive coordinator in the Big Ten last year. That would've been pre-bonuses. #iufb 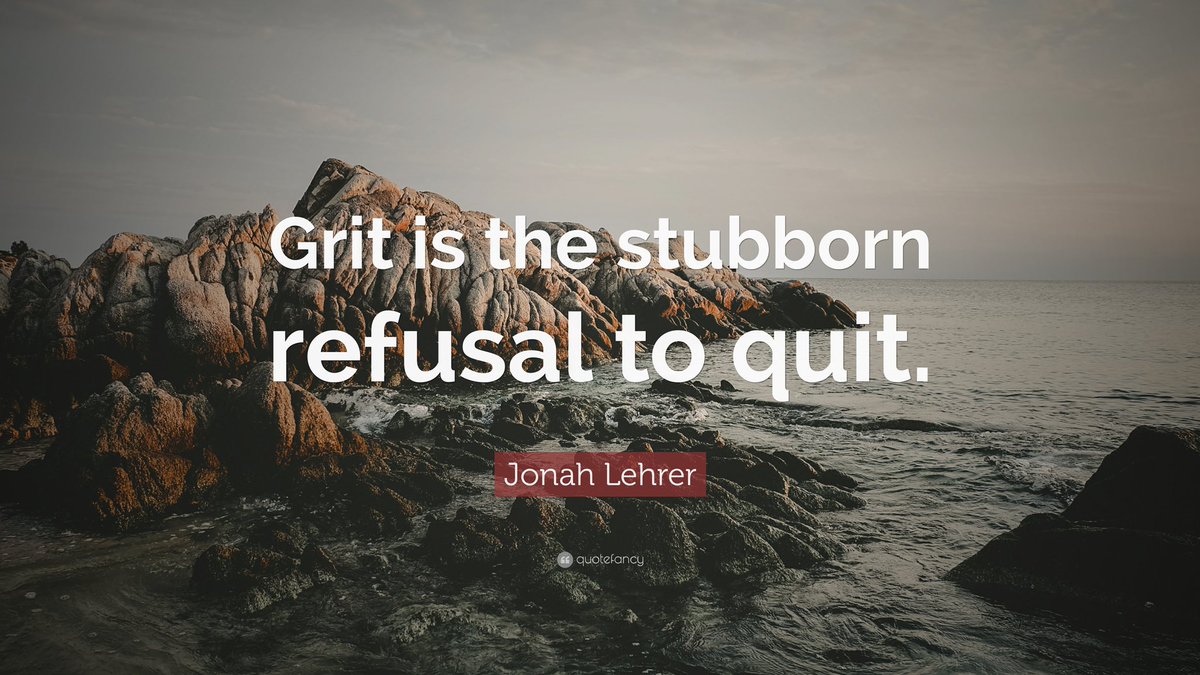 I must have GRIT with everything I DO!!

Gary Barta gets another year? Wow. Guess being inept is a job requirement for CFP. #garybarta #iowa #CFP #iufb

IU has spared no expense to fill its defensive coordinator role, scheduled to pay former Georgia DB coach Charlton Warren $700,000 to be the leader of the Hoosiers' defense in 2021. #iufb 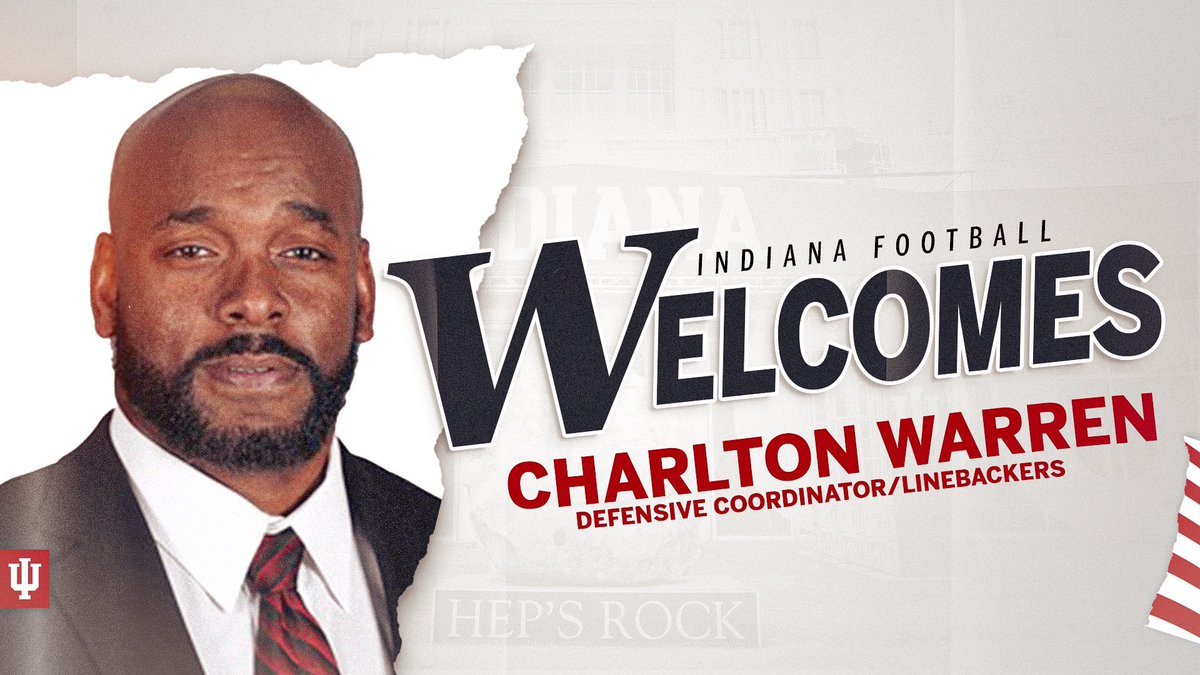 The CFP has announced 5 new committee members, and Gary Barta will chair the group another season:

This contract, by my research, also makes Warren the highest-paid Black assistant coach in IU history, in any sport. #iufb 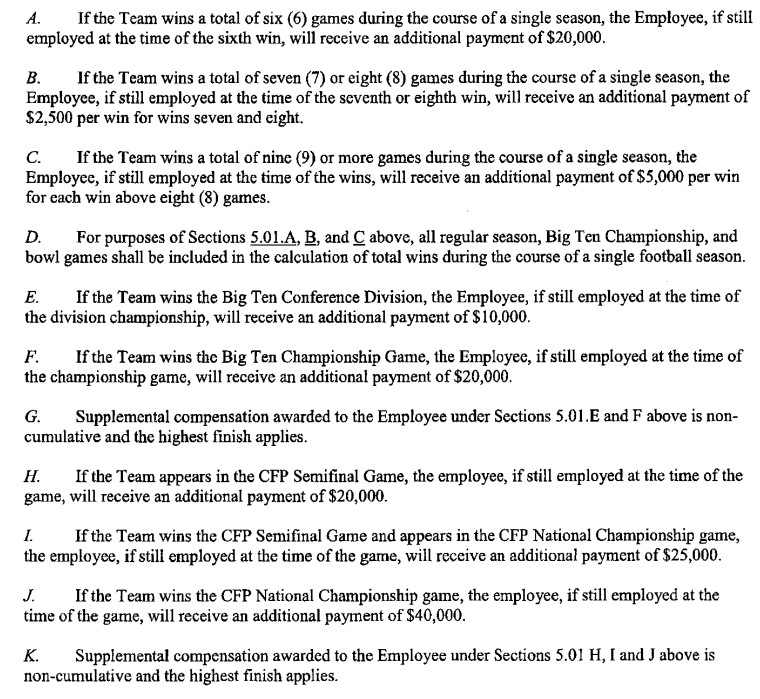 The MOU also suggests Warren's contract will be structured like Wommack's. Here's a rundown of bonuses from Wommack's most recent contract. #iufb

Also, when we talk about Warren's salary in comparison to Kane Wommack's ($700K vs. $460K), it's important to remember Warren was getting paid $600K a year to be a DBs coach at Georgia.

"I cannot wait to help this team achieve greatness on and off the field." #iufb

@ZachOsterman We need to show others we are willing to pay our assistants on a level consistent with big time programs. If you want to be considered elite, starts by treating your coaches that way.

This is far and away the most Indiana has ever paid a defensive coordinator. Kane Wommack made $460,000.

Warren is now on par -- in annual salary -- with Aaron Wellman, the Hoosiers' head of strength and conditioning. Year 2 will make him IU's highest-paid assistant. #iufb

Charlton Warren's salary numbers at IU (though an official contract has not been signed yet):

I wouldn't be surprised to see Indiana's defense improve next season. And that's saying something. #iufb

Allen continued by saying, "I look forward to him capturing the hearts and minds of our defensive players and coaches as he continues to build our defense. We are pleased to welcome Charlton and his family to Bloomington." #iufb

IU coach Tom Allen, on new DC Charlton Warren "Charlton is a man of high character, a strong leader, a great recruiter and has the ability to pull greatness out of his players." #iufb

New Indiana DC Charlton Warren said he was humbled by the opportunity to coach at IU.
"I cannot wait to help this team achieve greatness on and off the field." #iufb

IU coach Tom Allen, on new DC Charlton Warren "Charlton is a man of high character, a strong leader, a great recruiter and has the ability to pull greatness out of his players." #iufb

New Beginnings! Thanks to all the amazing players and coaches that have helped me along the way. Can’t wait to roll the balls out!! #GoHoosiers 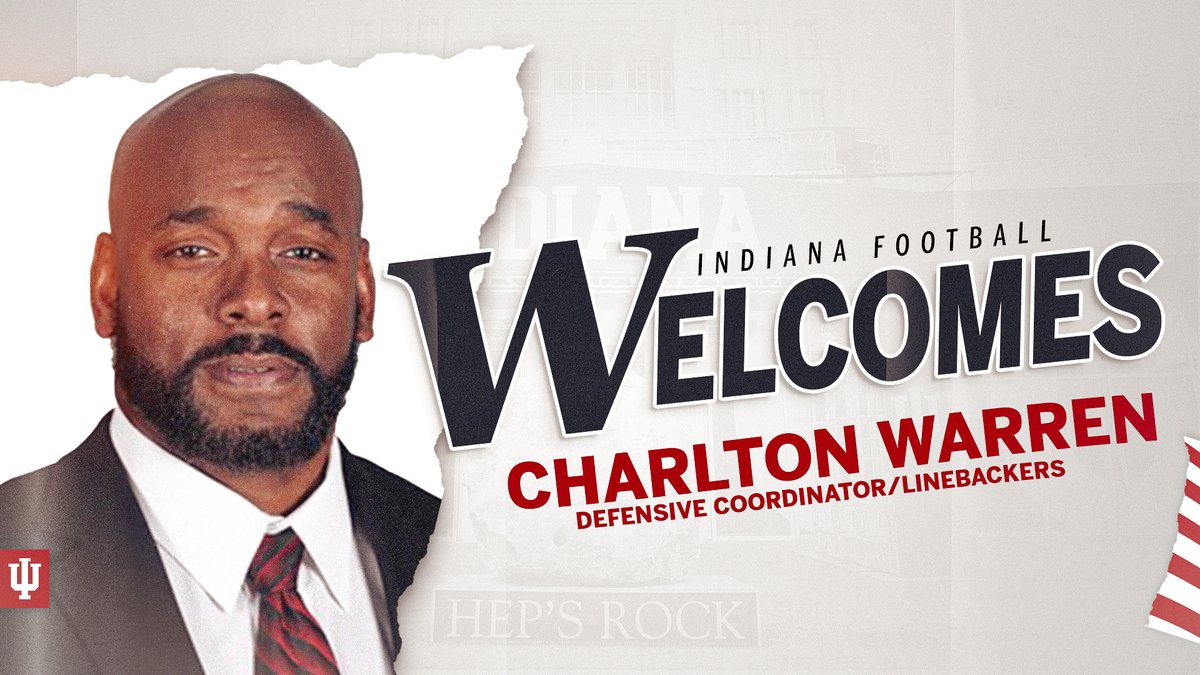 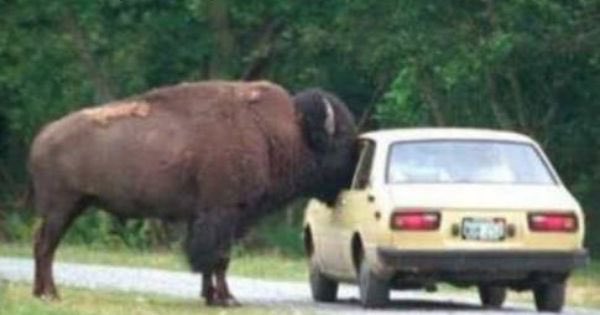 In six words or fewer, write a story about this photo.
#sixwordstory #WritingCommunity