Fauci, Trump "very likely" cost American lives by spreading lies about the pandemic He tried to come on Rachel Maddow’s show for months but was blocked by the Trump administration.MORE REASON TO NEVER LET TRUMP HOLD ANY PUBLIC OFFICE AGAIN! PEOPLE DIED BECAUSE OF HIS INCOMPETENCE

Accountability is the first step towards healing and moving forward.
Even Trump himself says “we are just getting started”.
Believe him the first time, please or Democracy will be the victim.
#AmericaOrTrump #ConvictAndDisqualifyTrump

Trump - as president - incited an insurrection & attack on our Capitol.

As it stands, Trump is the front runner for the GOP nomination in 2024.

He can NEVER hold office again. Convicting him ensures that he won’t. We have to safeguard our future.

@ProjectLincoln @timkaine, as a VA voter I couldn’t be more proud to see your name on seditionist Hawley’s whining complaint (even though we know as the Lincoln folks have told him, “the calls are coming from inside the house”😶). #neverhawley #AmericaOrTrump #SeditionHasConsequences 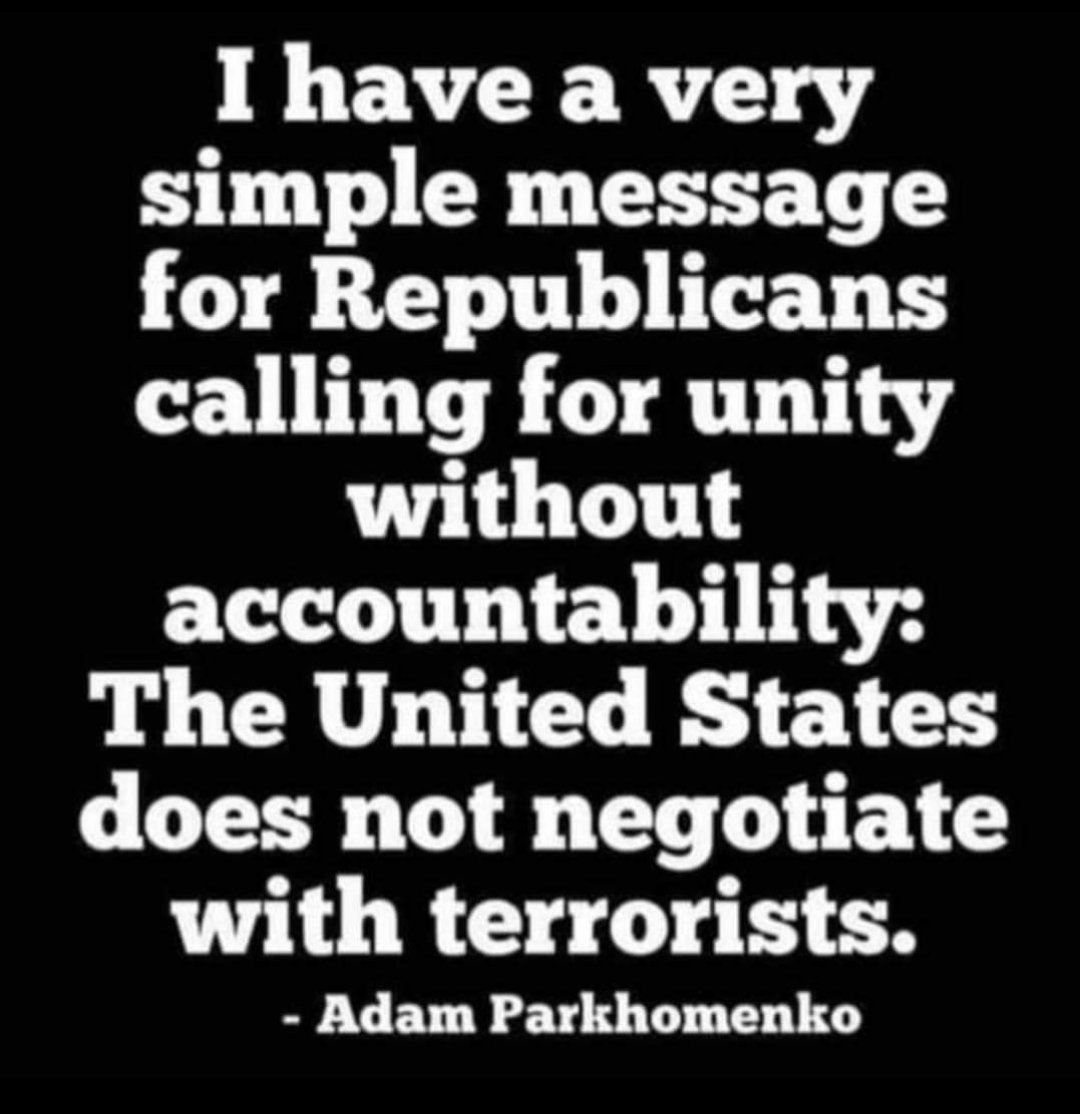 @Lancegooden You stand with a US🇺🇸President that incited and unleashed a angry violent mob on the United States Capitol IN Joint Session to certifying the Electoral Votes for the election of President of the United States. You will FOREVER be on the WRONG side of history!!
#AmericaOrTrump

The greatest threat to America is Trump supporters. They have come to the end of "America is for whites" era. They will not go down without a fight. #AmericaOrTrump

He incited a riot on the Capitol. We ALL saw him do it!

His #DomesticTerrorists killed a LEO and resulted in 5 other deaths. Plus the close call to @Mike_Pence
life...which seems fine with you.

[Now saying] it’s time to forget about the five deaths in the Capitol Insurrection 20 days ago.” @markmobility

@GOPLeader @GOPChairwoman “@GOP #Republicans:
Investigated four deaths in Benghazi for 853 days.
[Now say] it's time to forget about the five deaths in the Capitol Insurrection 20 days ago.” @markmobility

@RandPaul TRAITORS AND SEDITIONISTS MUST BE HELD ACCOUNTABLE. TRYING TO OVERTHROW THE GOVERNMENT OF THE UNITED STATES OF AMERICA IS A CRIME. TRUMP WAS PRESIDENT WHEN HE INCITED THE VIOLENCE TERRORIST ATTACK. #FACTSMATTER #RADICALIZEDTRUMPJIHADISTS #NOJUSTICENOPEACE #AMERICAORTRUMP

Presenting the 46th President of the United States

@SenateGOP Be forewarned. Anything other than a vote to #ConvictTrump will demonstrate that you support the violent and deadly 1/6/21 #insurrection.

@clairecmc @JohnCornyn Perhaps Senator Cornyn needs to be examined by a Neurologist. He seems to have memory problems and a lack of conscience. #AmericaOrTrump #ConvictAndDisqualifyTrump

Now can the US please do the same?

#nrb. Tweet The National Broadcasters organization, demand that they rescind the president's award that they gave to Mike lindell. " religious liberty is the cornerstone of a free society, and that we must protect those freedoms..." 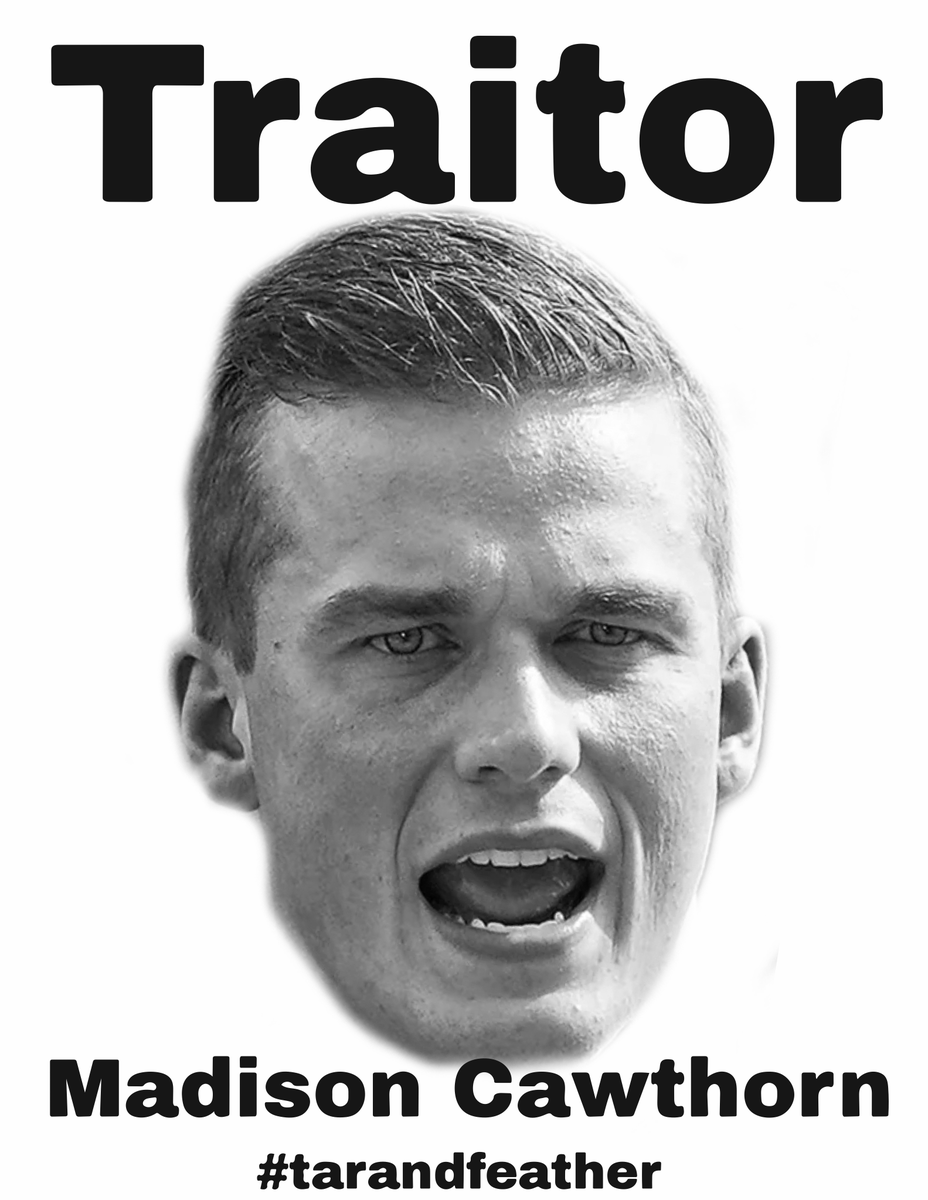 Madison Cawthorn is a traitor! RESIGN!

@GOPLeader #KievinMcCarthy seems to forget that Trump was president when he incited a terrorist coup attempt to overthrow the results of a free and fair election. Stop lying. There must be accountability. #RadicalizedTrumpJihadists #AmericaOrTrump #GOPTraitors #BananaRepublicans

I don't care if these capitol hill rioters have a change of heart. They need to be locked up for life. Send a message to anyone that wants to try that again. What would of happen if they succeeded? Yeah, fuck them.

.....that has Corrupt leaders running their System & Trump is ABOVE the LAW in America!!! WHAT IS CONGRESS AFRAID OF? IF TRUMP ISN’T HELD ACCOUNTABLE THEN “RIP UP THE CONSTITUTION, BECAUSE IT’S NOT WORTH THE PAPER IT’S WRITTEN ON!!!!” #AmericaOrTrump #ConvictAndDisqualifyTrump

@mkraju @joniernst So, you’re fine with no consequence for inciting an insurrection? Law and order party? Really? This is shameful. Try to remember how you felt while you were in hiding 1/6 and then remember who caused it. Trump needs to be convicted. #AmericaOrTrump

On the impeachment front — Rand may raise a POO on whether impeaching a former president is constitutional. Could be a vote today that puts senators on record.

If a deadly insurrection incited by a US President doesn’t make you put aside cheap political calculations to serve your country and respect the rule of law, then you lack the basic decency and honor any public servant should have.