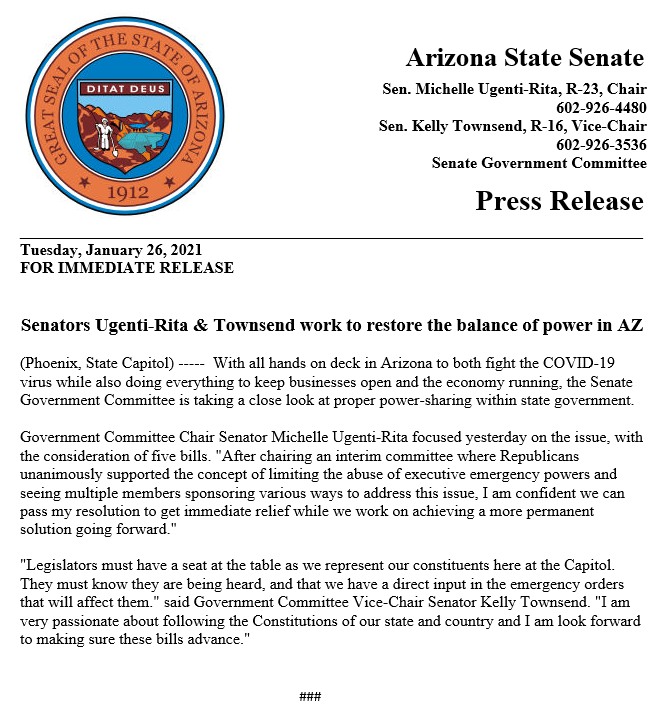 FOR IMMEDIATE RELEASE: Senators @MichelleUgenti & Townsend work to restore the balance of power in AZ

Sen. @jamescita tells the #AZSenate Education Committee that experts have been here at the Capitol all along telling lawmakers about the negative impacts of large class sizes. The problem is the majority has been ignoring them. Remember that whole #REDforED thing? 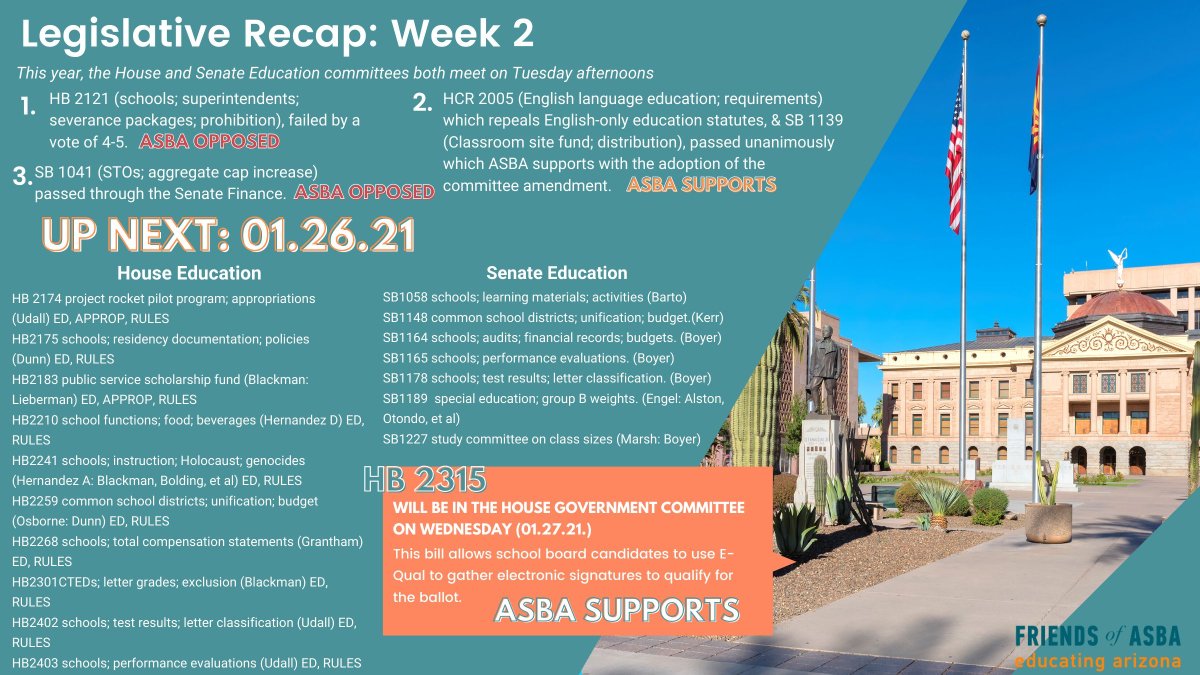 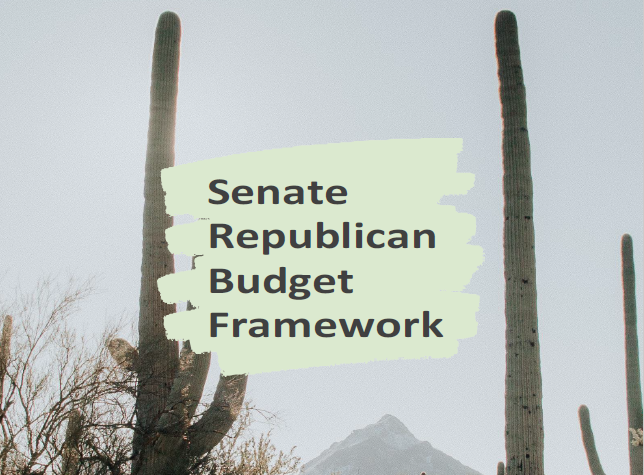 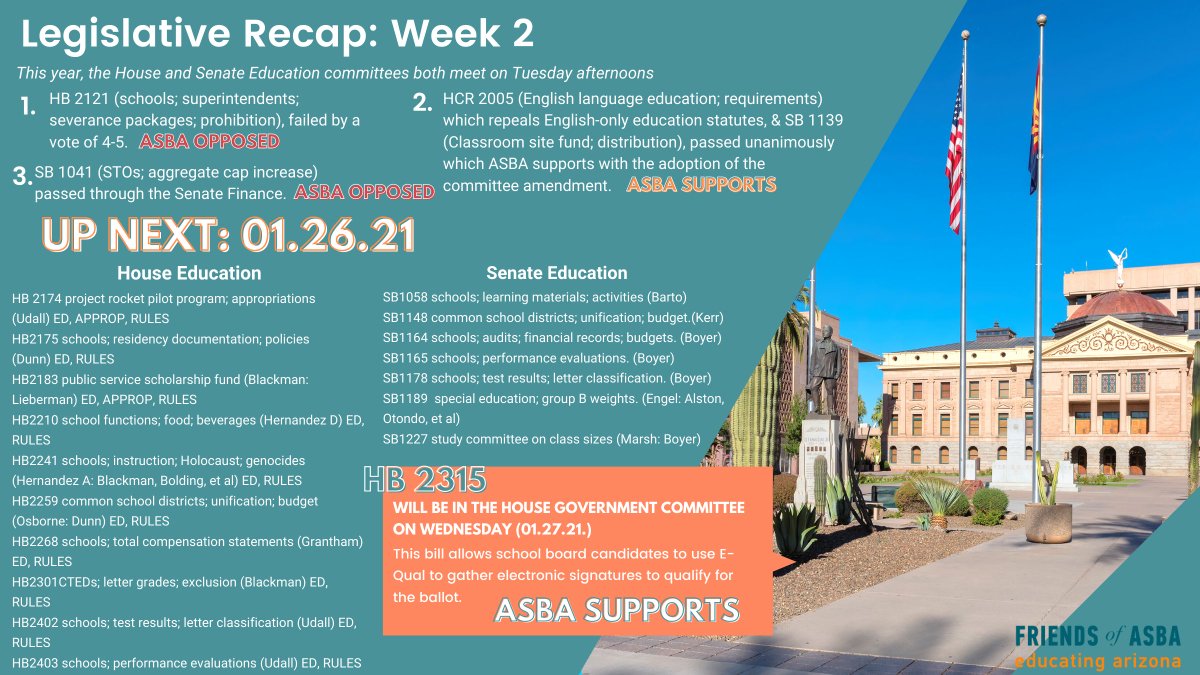 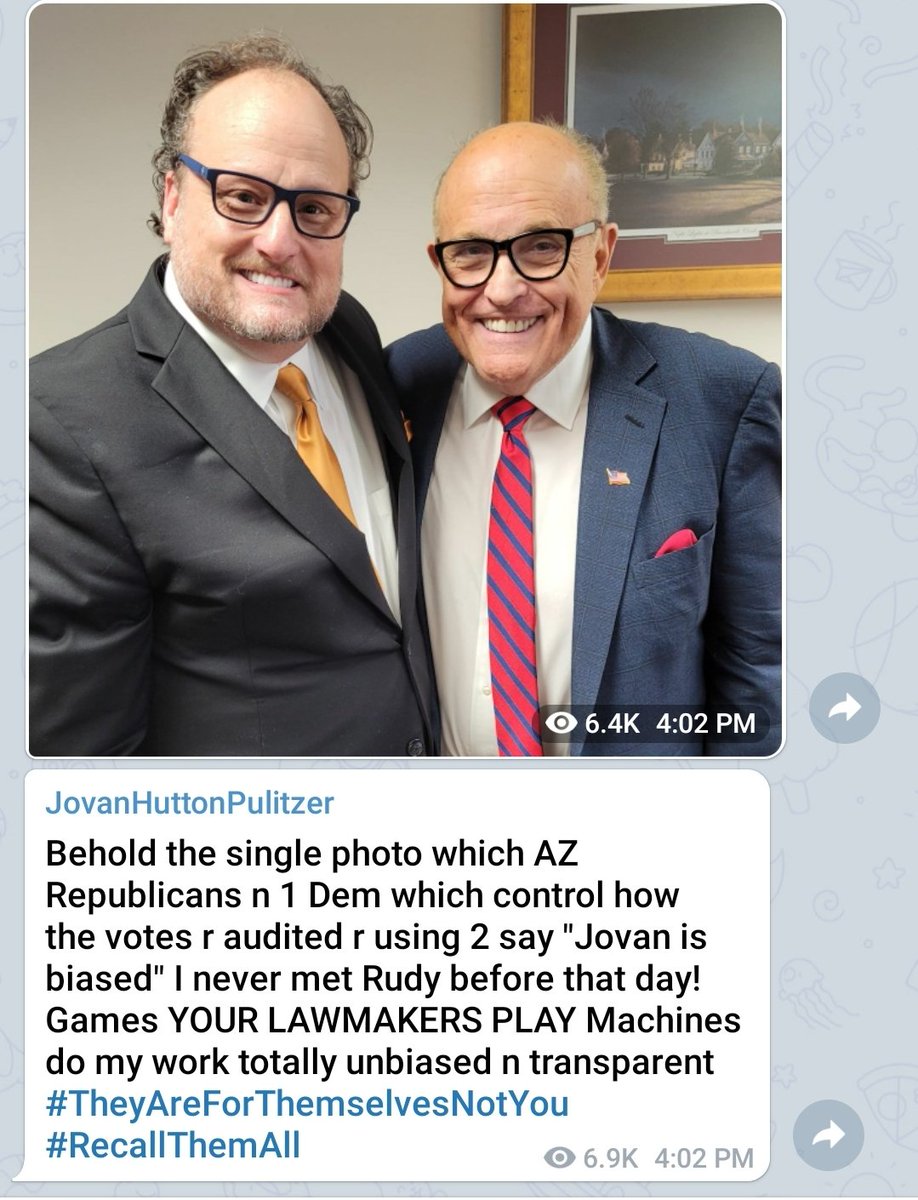 FOR IMMEDIATE RELEASE: Statement from Senate President @FannKfann on agreement with Maricopa County Board of Supervisors

I'm grateful for my colleagues @mendezforaz and @jamescita for standing strong against this bill in the #AZSenate Government Committee today. @AZSenateDems will continue to fight back and protect your right to an accessible vote.

Another frustrating committee hearing where my colleagues in the #AZSenate played dumb about their role in continuing this lie. #SB1069 passed the Government Committee on a 5-3 party-line vote.

“The reason that there’s doubts out there about our elections right now is because of uncorroborated claims, misinformation and flat-out lies that have been told over and over again about this past election.”

@AZSenateGOP pushing ahead with new laws on recounts and audits, saying it will restore voter confidence. But @SenQuezada29 said voters have no confidence because public officials from Trump down to AZ lawmakers lied to them.

Thank you, Bruce — our Party, and our State, will forever be indebted to you for your decades of service to the @AZGOP & @GOP. Let’s do this!

Watching the AZ state Legislature try to disenfranchise voters by removing the “permanent” from PEVL. @jamescita is laying down facts about native voters & historical disenfranchisement of communities of color. Thank you 🙏 #AZleg #AZSenate

#Arizona. #AZSenate Gvmt. Comm. will PURGE the Permanent Early Voting List (PEVL) which we rely upon to automatically receive our ballots.

LET YOUR REPRESENTATIVE KNOW THAT YOU DISAGREE WITH THIS ATTEMPT TO KEEP YOU FROM VOTING!
👇👇👇👇👇👇👇👇

Today we will hear a few horrendous voter suppression bills - a direct attack on the integrity of our elections and Arizona voters.

The county should stand strong. Don't add to unnecessary hysteria over false stolen election claims that led to the insurrectionist attack on our Nation's Capitol. This "deal" was the #AZSenate's effort to play you like fools & discredit great work you've done in this election 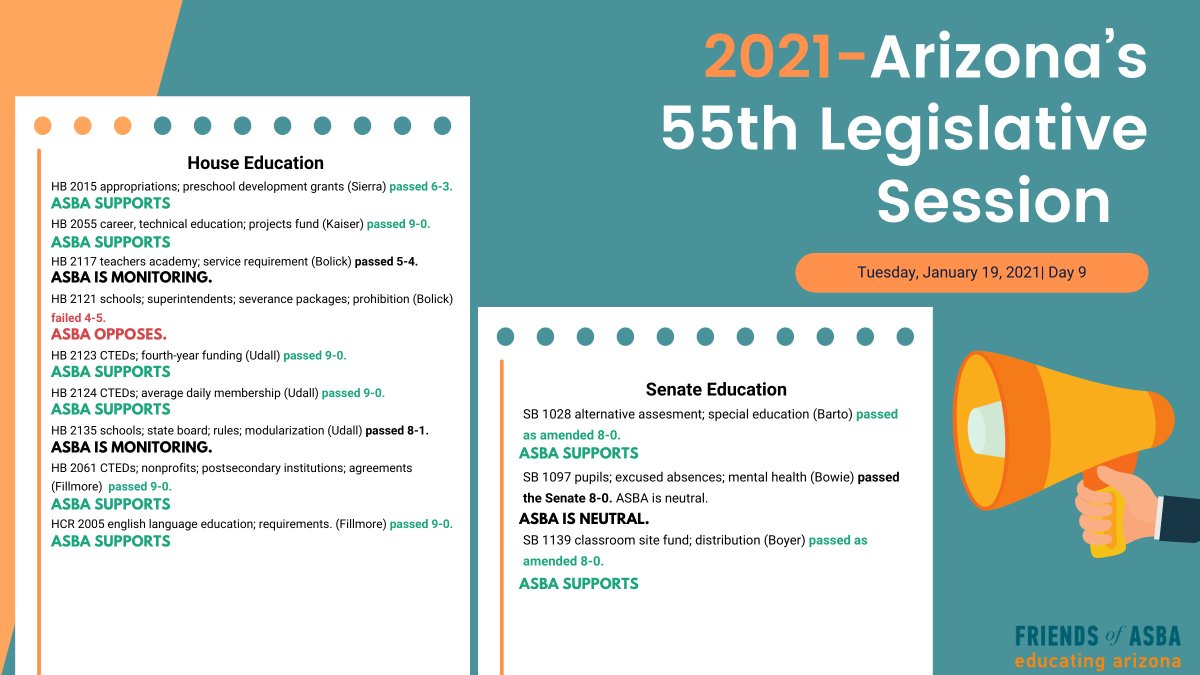 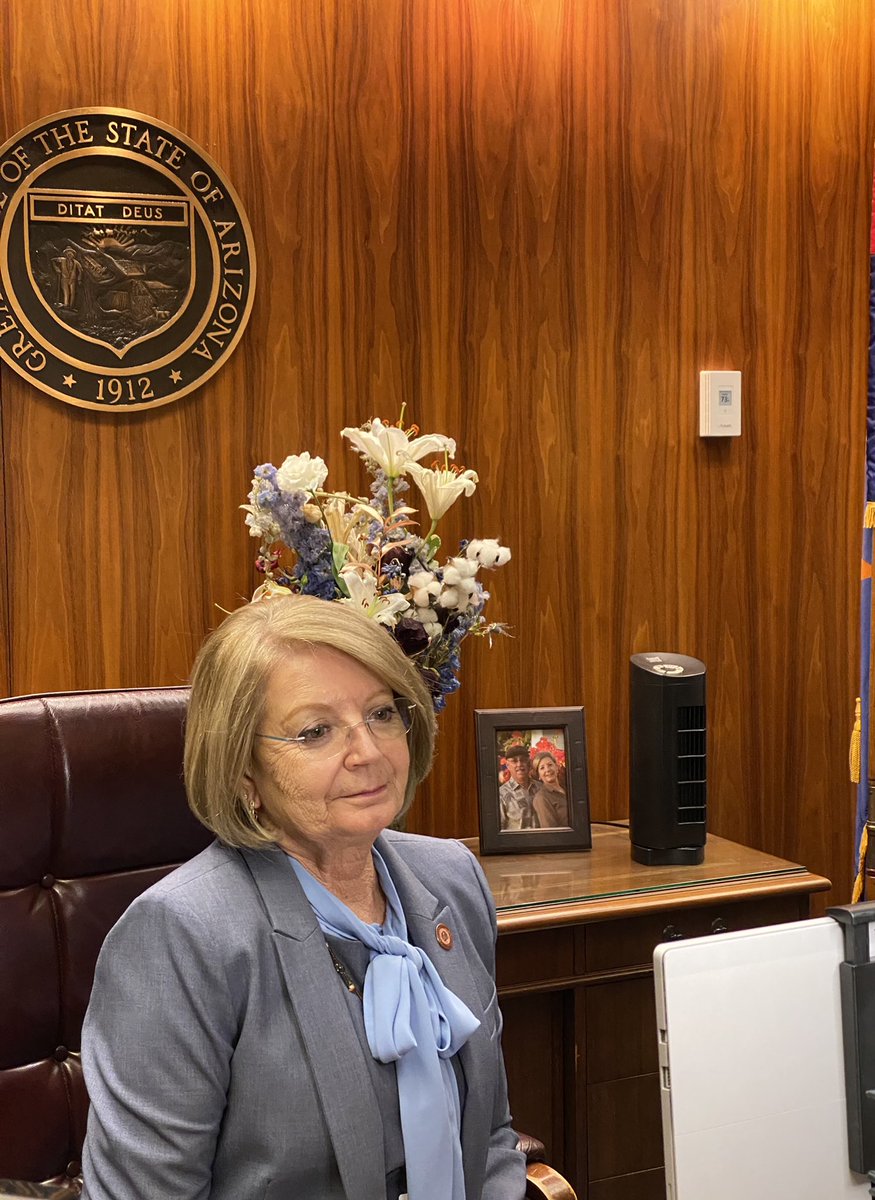 President @FannKfann just had a follow up interview with @JennPellegrino from @OANN to chat about the latest news regarding #ElectionIntegrity in #Arizona! 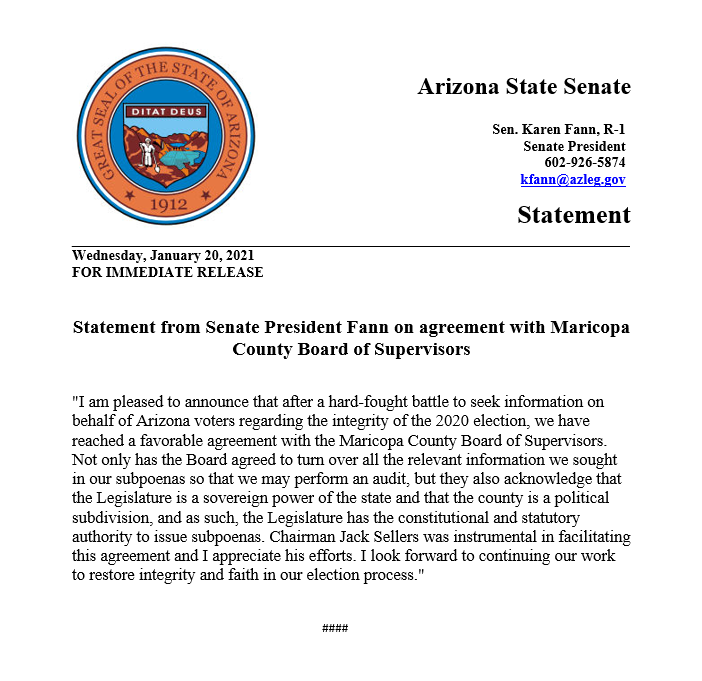 FOR IMMEDIATE RELEASE: Statement from Senate President @FannKfann on agreement with Maricopa County Board of Supervisors 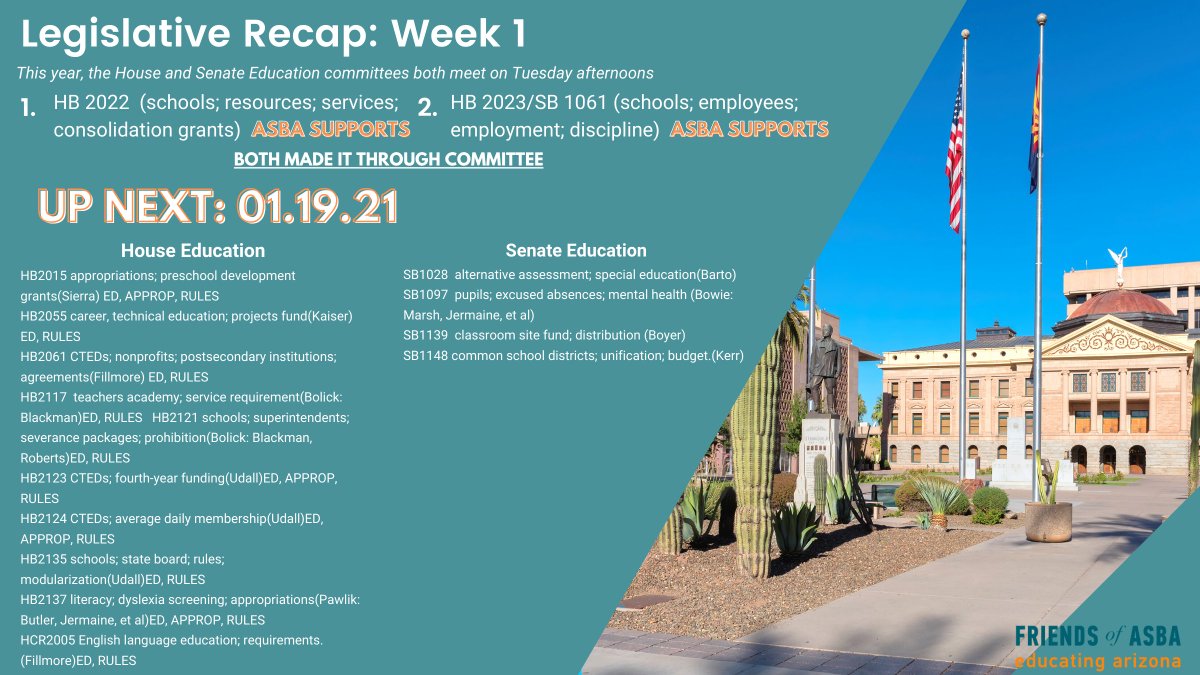 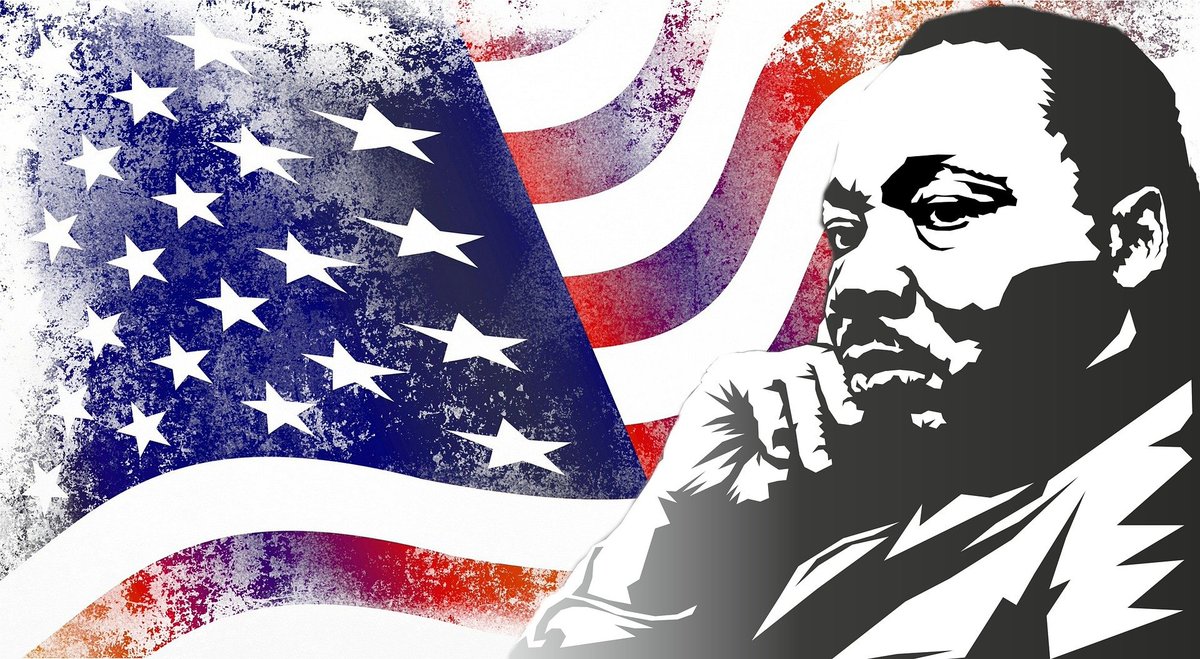 “We may have all come on different ships, but we’re in the same boat now.” – Martin Luther King Jr. 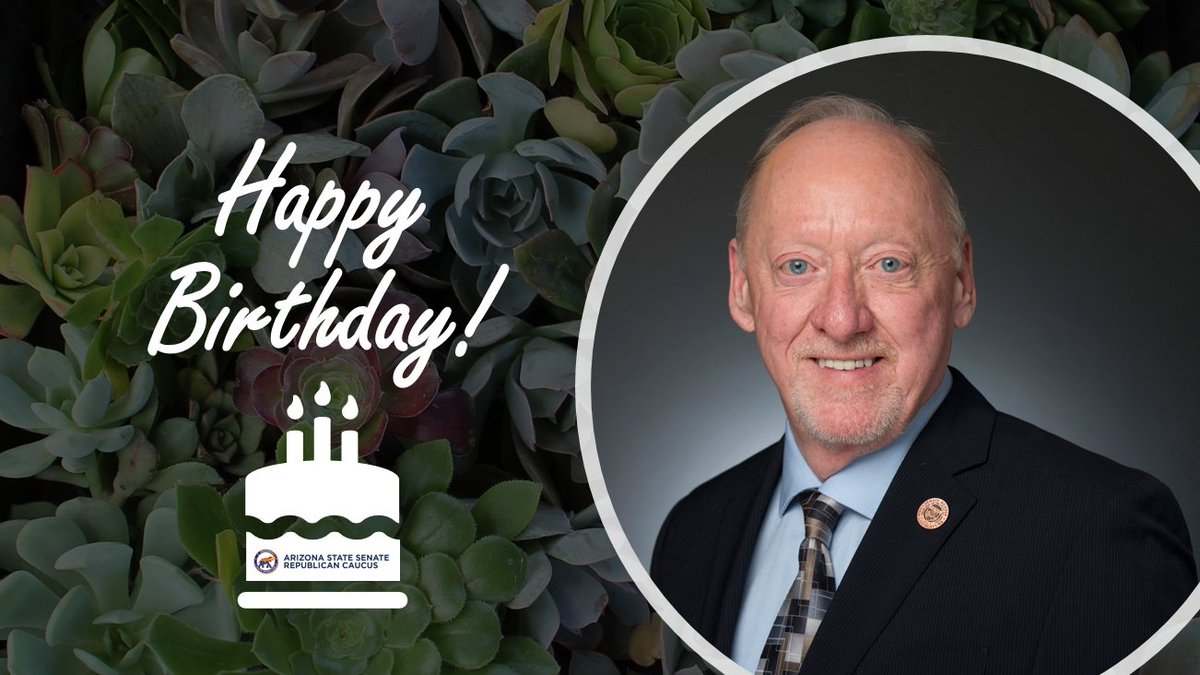 We hope you have a wonderful day!🎂🎉🌵 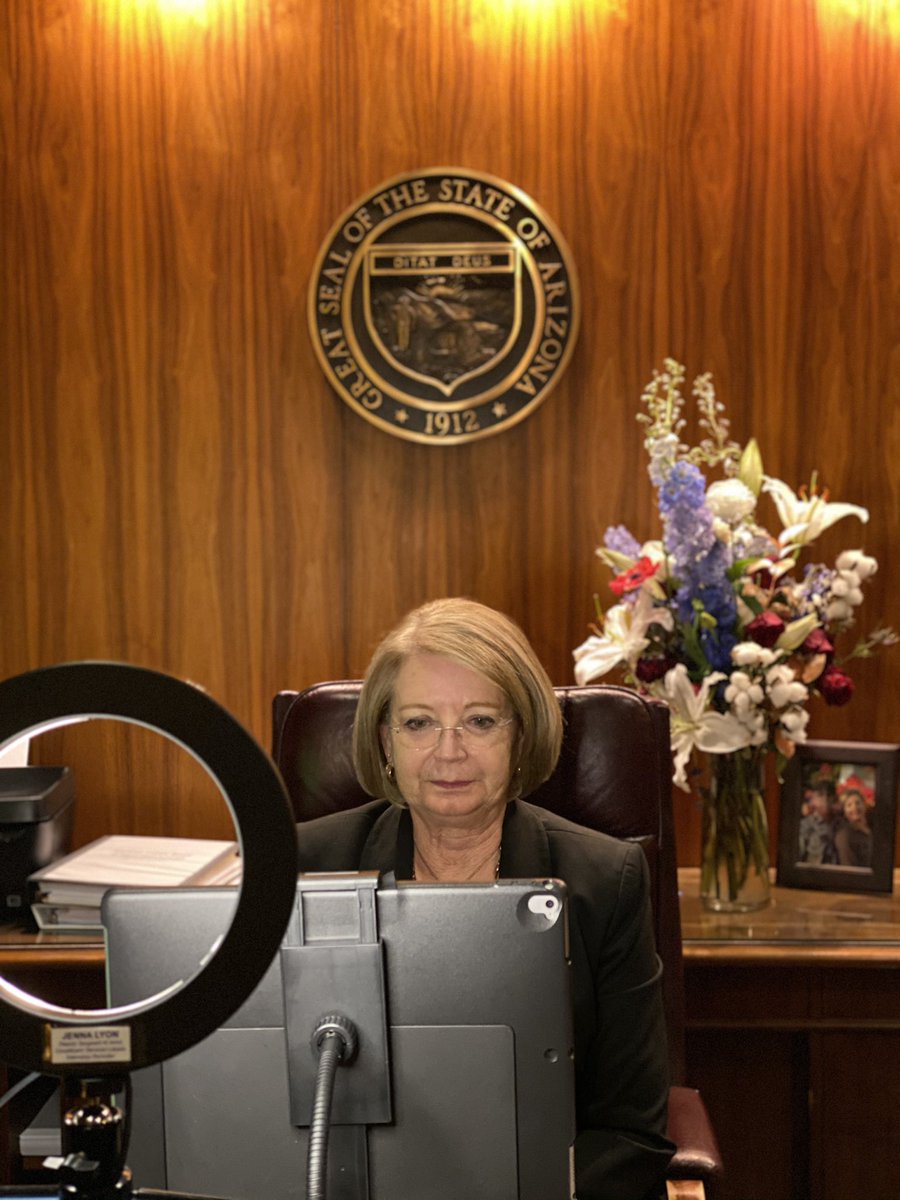 President @FannKfann was on @OANN w/ @JennPellegrino earlier today to discuss the status of subpoenas we have issued to the Maricopa County Board of Supervisors, calling for them to produce and permit inspection of election equipment and software used in the election! 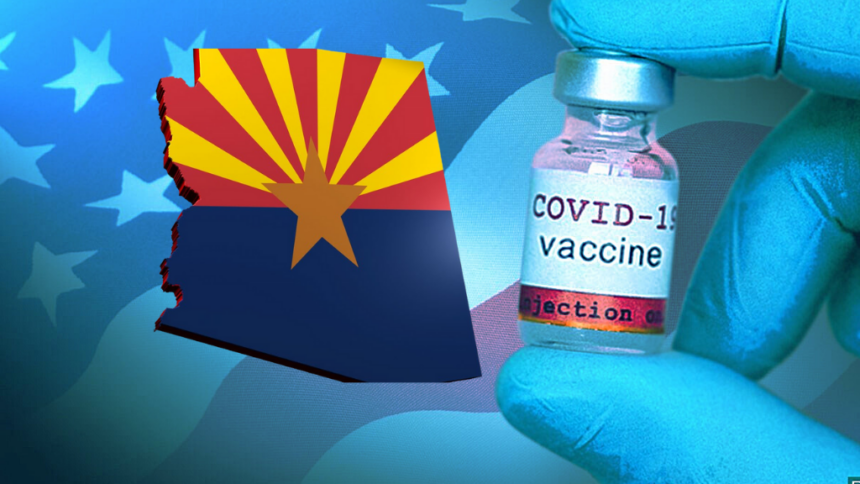 If you or anyone you know would like to get the #CovidVaccine, read the info below⤵️ 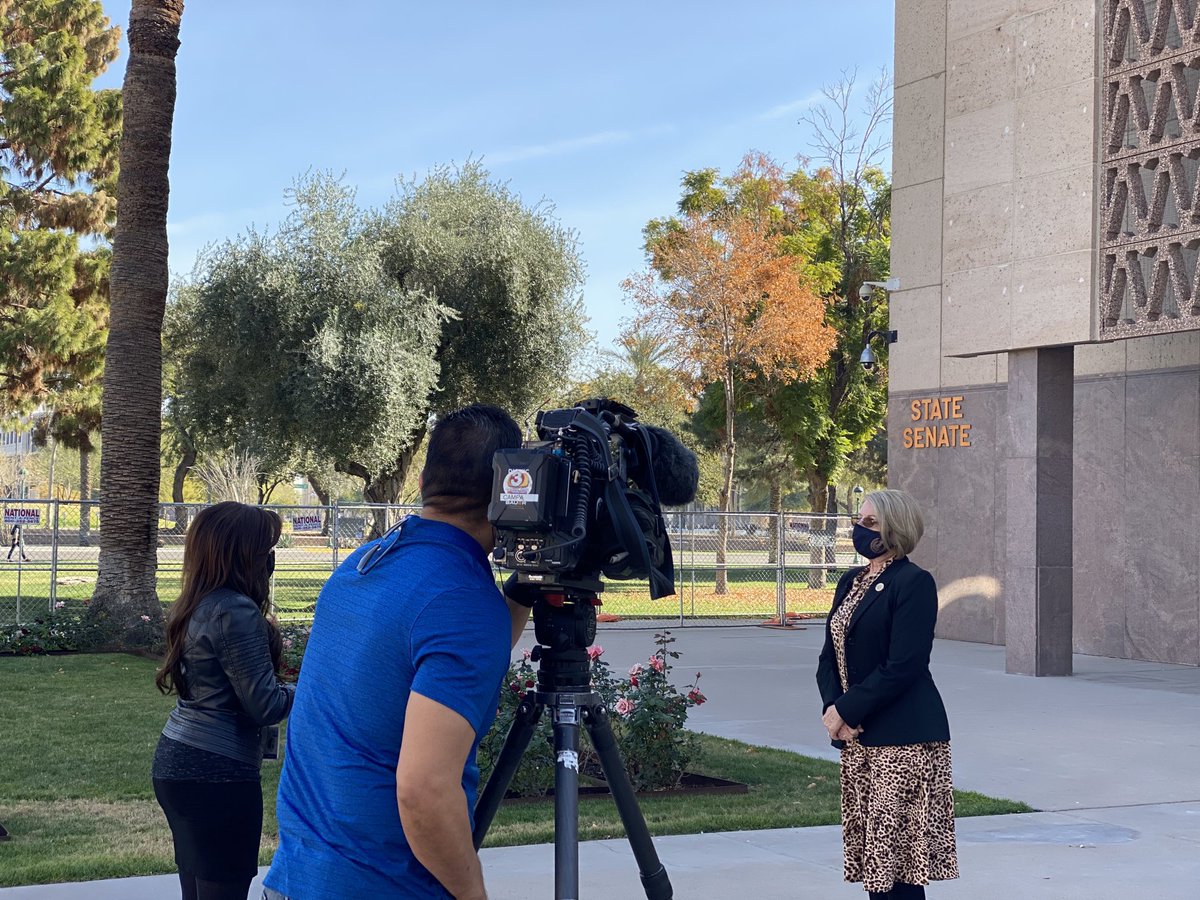 She has been meeting with local and national reporters all week to discuss various topics!

President has an open door policy for media. #Transparency is key! 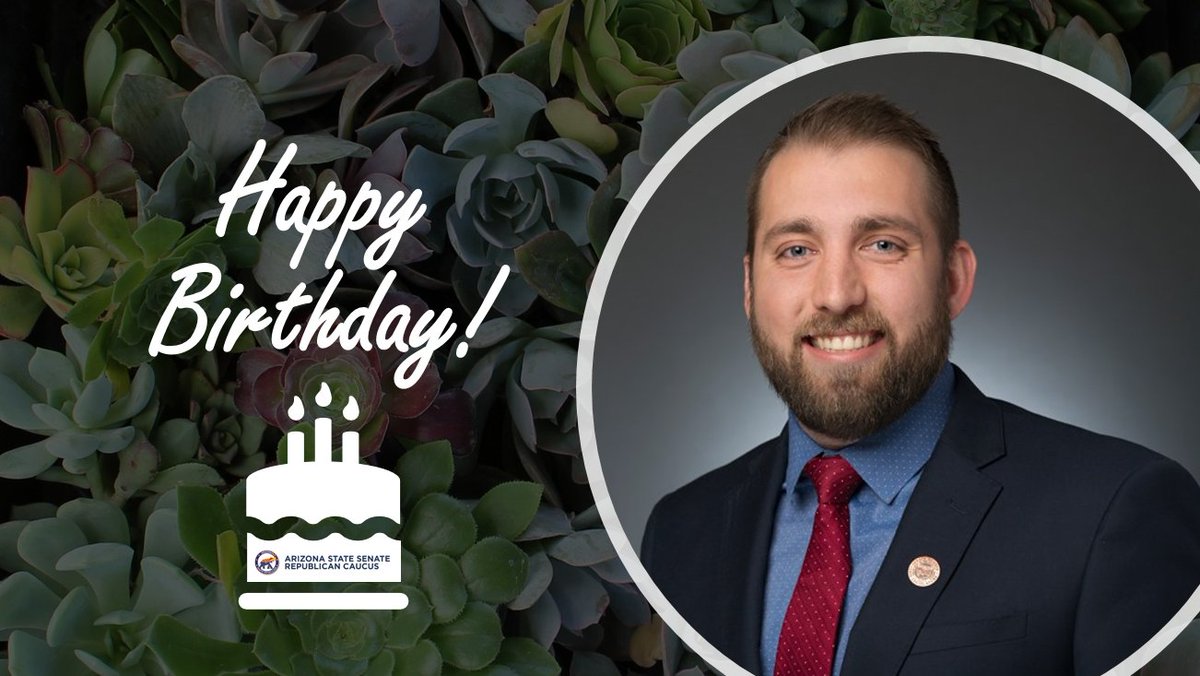 We hope you have a wonderful day!🎂🎉🌵

Arizona Catholics in the Public Square

Arizona SB1008 breaks the sacred Seal of Confession. Please do not hear this bill @NancyBarto. It is against the First Amendment. #AZSenate #1A

Great quote to summarize this article and the #AZSenate's most recent effort to subpoena @MaricopaVote to spread lies about election fraud: 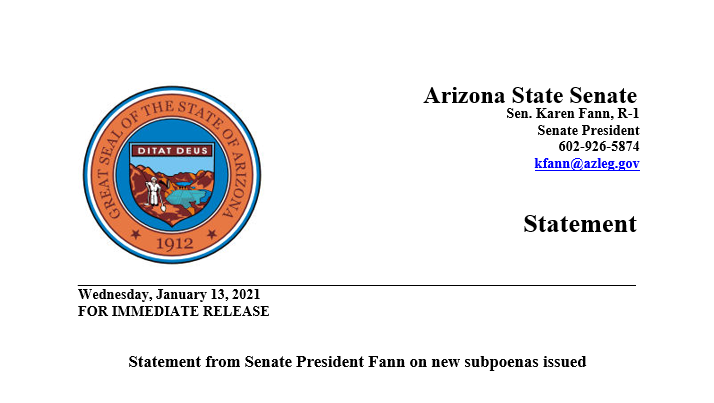 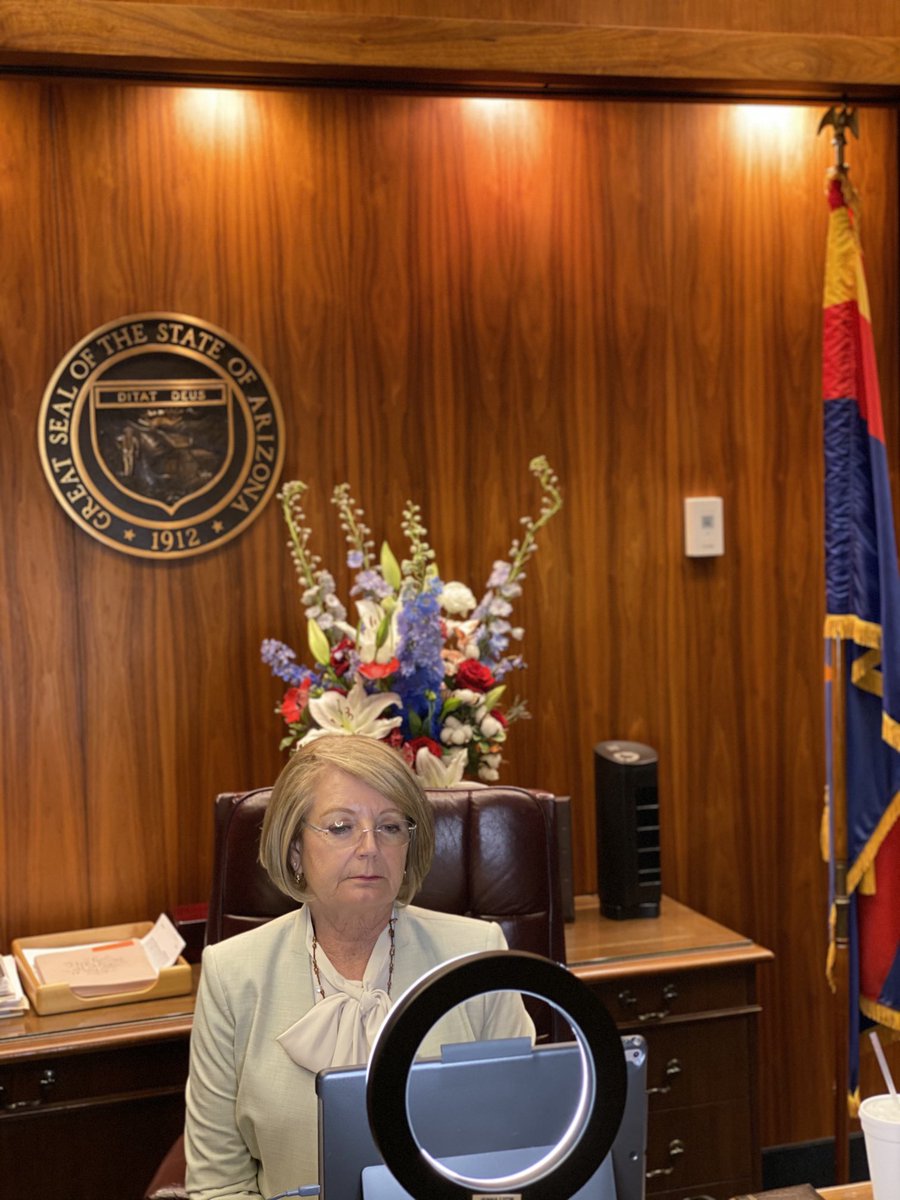 Stay tuned for the episode! 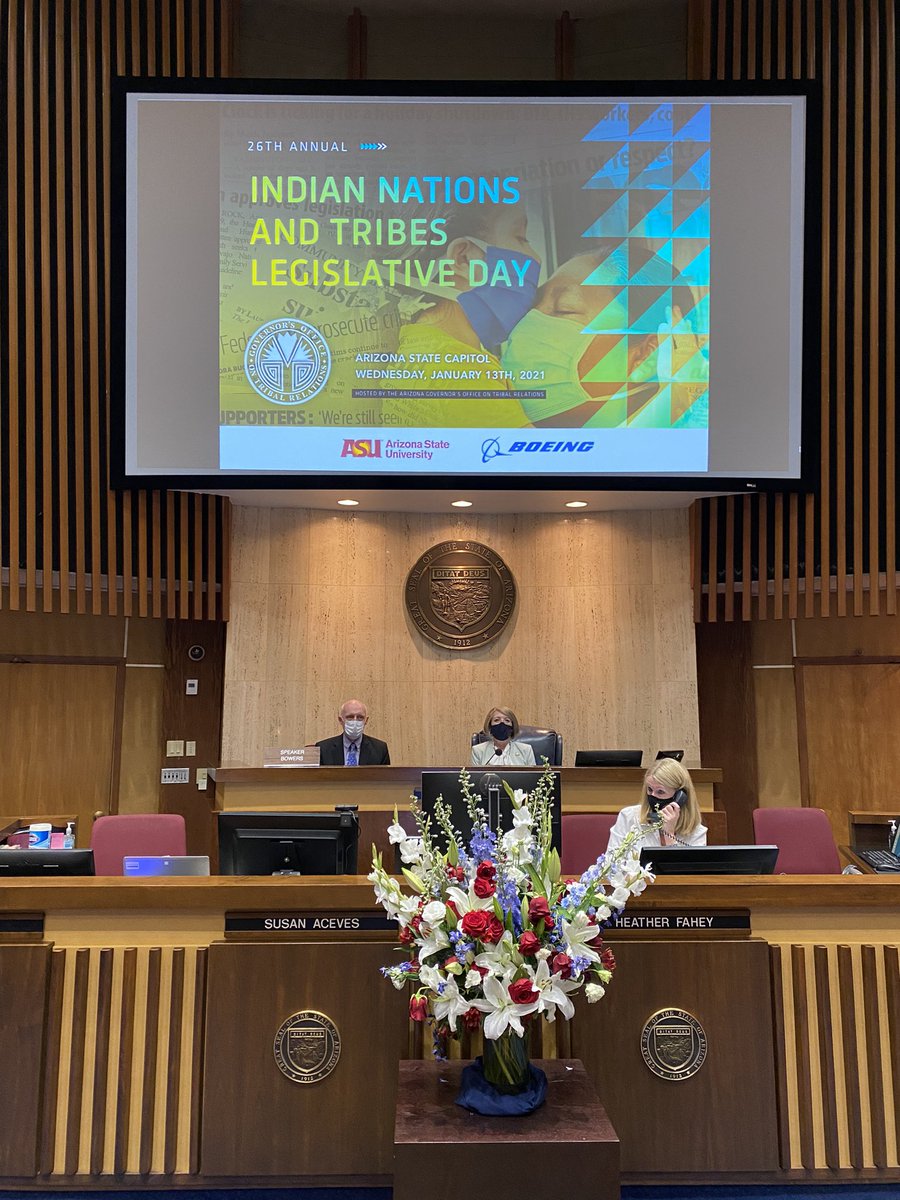 We are honored to host the 26th Annual Indian Nations and Tribes Legislative Day.

This year we are holding the Joint Protocol Session virtually, and you can watch LIVE here ⤵️

@owenallenaz @AZGOP @GOP @MaricopaVote 13. Therefore, as a member of the #AZSenate Judiciary Committee, I demanded access to this meeting. The @AZSenateGOP ignored my request.

@owenallenaz @AZGOP @GOP @MaricopaVote 12. Again, the subpoena was issued in the name of the #AZSenate Judiciary Committee, but the Committee is not even scheduled to meet today. So the Chairman is acting on behalf of the Committee without the Committee's knowledge or vote.

@owenallenaz @AZGOP @GOP @MaricopaVote 11. Meanwhile this new subpoena was issued in the name of the #AZSenate Judiciary Committee which is now composed of 5 Republicans and 3 Democrats, including myself (the reason it's unfairly stacked in favor of Republicans is another story for another day)

@owenallenaz @AZGOP @GOP 5. So the #AZSenate (which has subpoena power) shifted to their third strategy after the first 2 failed and issued a subpoena to access all of @MaricopaVote elections info (actual ballots, access to computer systems, etc)

Biggs at the very least played a minor role in the insurrectionist attack on our Nation's Capitol. Meanwhile, one of his successors in the #AZSenate is currently throwing gas on that same fire by subpoenaing @MaricopaVote w/ completely false claims of election fraud. Pathetic.

Notice although this appears to have been issued in the name of the #AZSenate Judiciary Committee, there is no actual meeting taking place this morning.

As a Democratic member of the cmte, I submitted a request to be present at any meeting held regarding this subpoena. 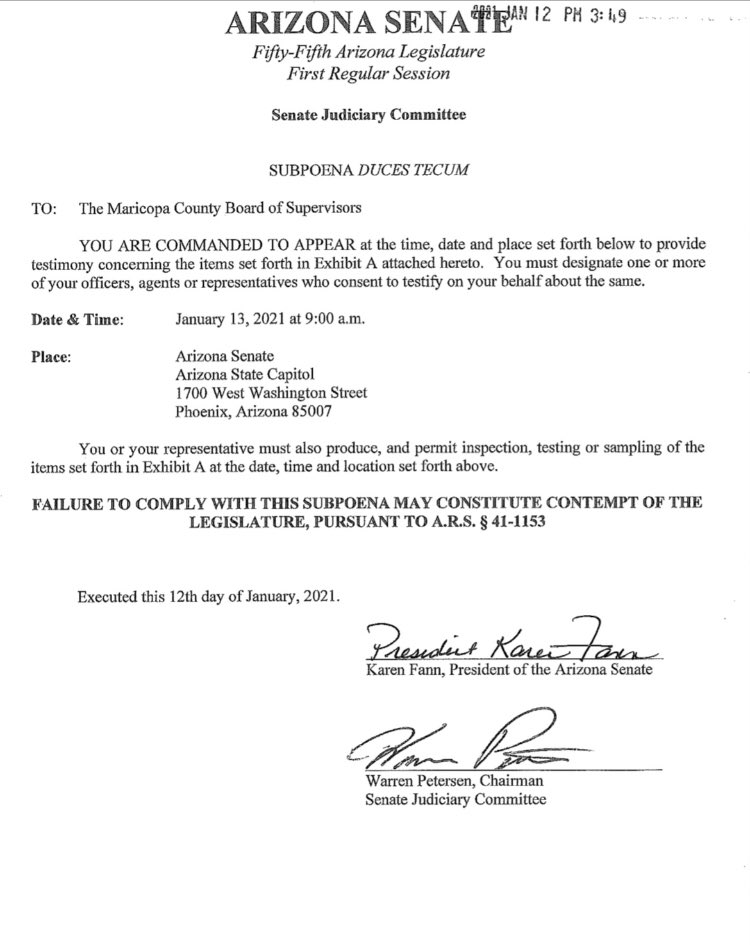 Proud to work for Arizona Republicans! 👏🏻🤩 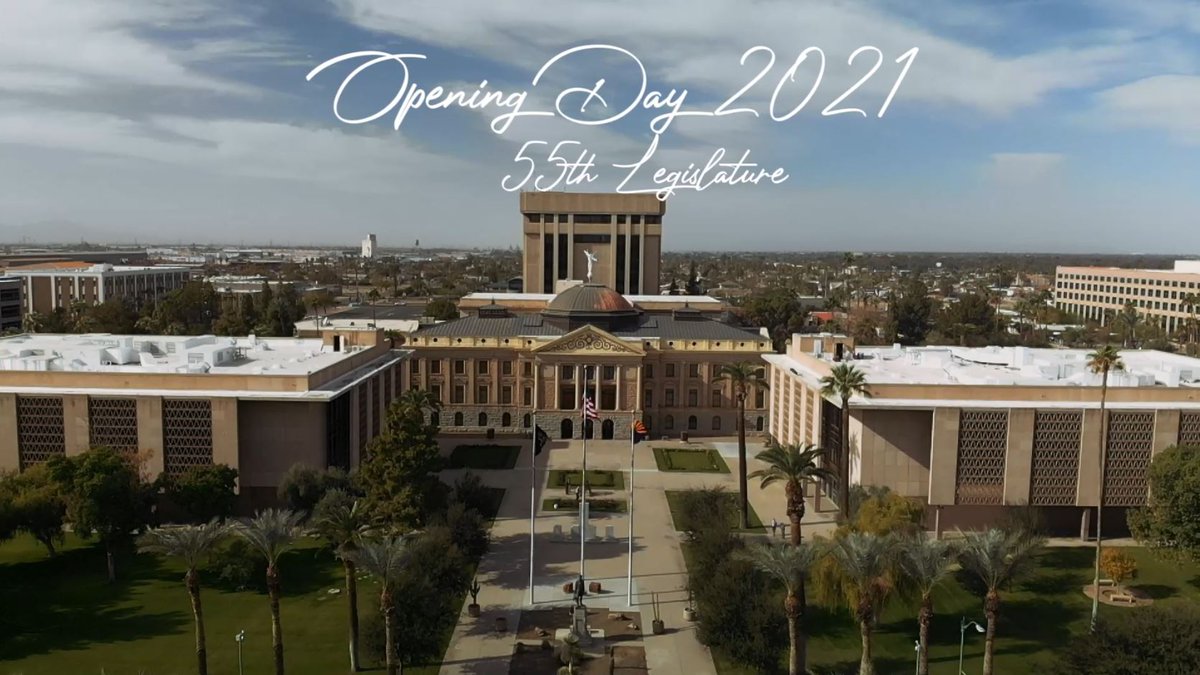